Festival of Lights 26.12 Elisabeth of Bohemia 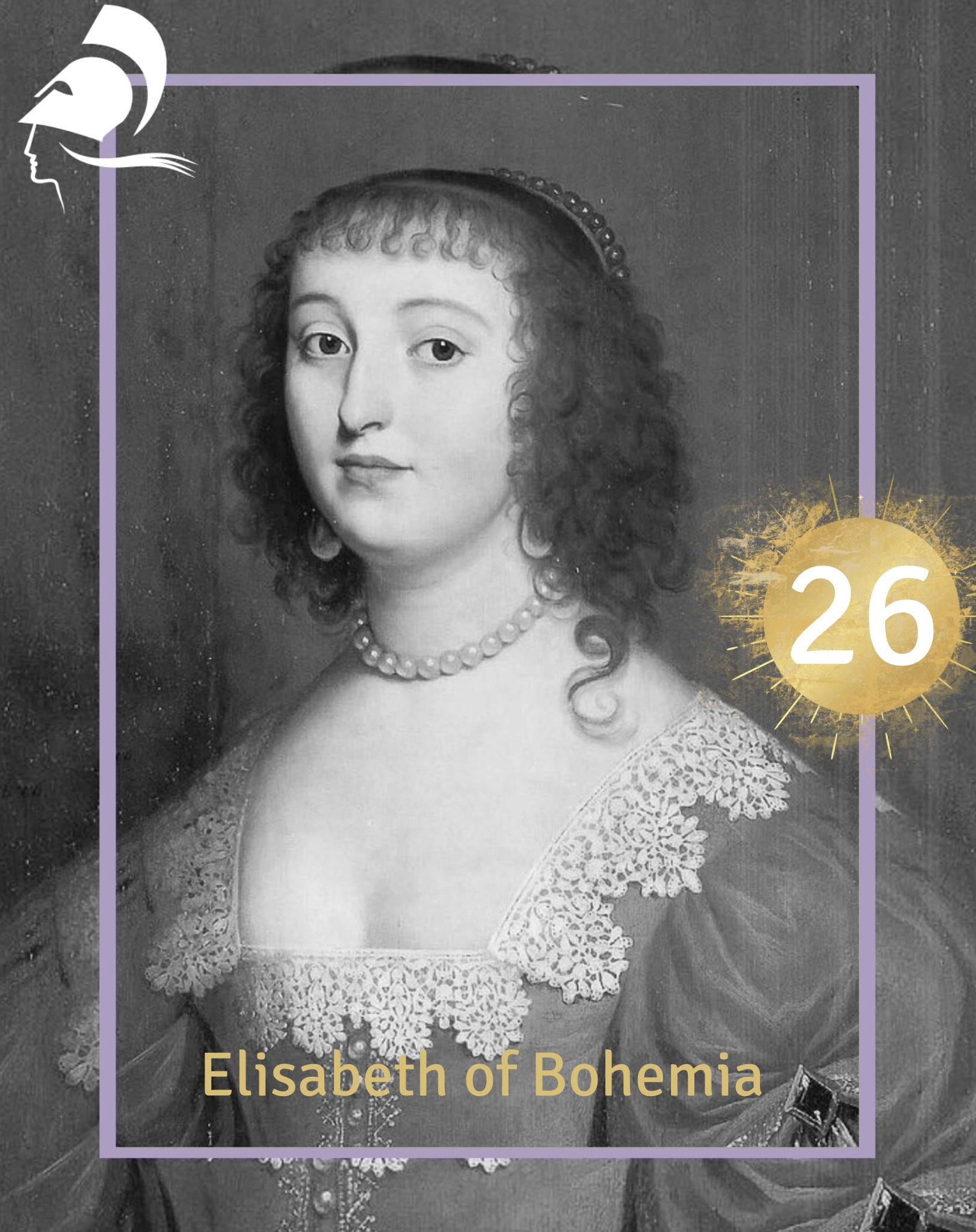 In her Correspondence with Descartes, Elisabeth of Bohemia regularly comes back to an important topic about passions: how can men or women regulate their passions? How can one become the “maître” of these passions to understand its personal perspectives. This is all the more important to be clarified as the passions do not only concern the mind but also the body. In her letter from June 22, 1645, she writes:

“I know well that in removing everything upsetting to me (which I believe to be represented only by imagination) from the idea of an affair, I would judge it healthily and would find in it the remedies as well as the affection which I bring to it. But I have never known how to put this into practice until the passion has already played its role. There is something surprising in misfortunes, even those that have been foreseen, of which I am mistress only after a certain time; my body becomes so strongly disordered that several months are necessary for me to restore it, and those months hardly pass without some new subject of trouble. Besides this, I must govern my mind with care, giving it agreeable objects, for the least laziness makes it fall back onto those subjects, all too readily available, which afflict it” (Shapiro, 2007, p. 93)

For Elisabeth, the mind and the body play an essential role in the development and control of the passions. That is why even psychological diseases (like melancholia) can not only be healed by treating the symptoms of either the mind or the body. They must be healed together.

Since 2018, the Center for the History of Women Philosophers and Scientists, in cooperation with Prof. Ulrike Detmers, awards every year the Elisabeth of Bohemia Prize, which went this year to Prof. Sarah Hutton.

The video of the Award Ceremony can be watched here.

In our 2018 Conversation with Diotima, Prof. Sarah Hutton interviewed Prof. Lisa Shapiro on the importance of Elisabeth of Bohemia and her correspondence with Descartes.

In 2021 was published the book on Elisabeth of Bohemia (1618–1680): A Philosopher in her Historical Context, edited by Prof. Sarah Hutton and Prof. Sabrina Ebbersmeyer.

If you are interest in research on Elisabeth of Bohemia, you can also find researchers of this philosopher in our Find Scholars from New Voices.

The Correspondence between Princess Elisabeth of Bohemia and René Descartes, edited and translated by Lisa Shapiro, Chicago & London: The University of Chicago Press, 2007.