Voices from Ukraine: Women Philosophers and Scientists in the Situation of War

Almost three months have passed since Russia launched a full-scale war against Ukraine, bringing death, suffering, destruction and radically changing the established way of life. Many people have moved to quieter areas of Ukraine, many have found temporary shelter abroad. The shock of the first days of the war is being replaced by the need to comprehend the current situation in various contexts, including articulating the issues of gender parity in scientific ethos in a new way.

The purpose of the conference “Voices from Ukraine: History of Women Philosophers and Scientists in the Situation of War”, on the one hand, is to support and continue scientific cooperation with the Center for Gender Education of Kharkiv National Medical University, and on the other hand, to create a scientific platform for the exchange of thoughts on the life trajectories of women scientists in war and their prospects.

An important topic of discussion will be the position of women researchers in the social sciences and humanities, where the proportion of women exceeds 60%. Low wages, involuntary part-time work, short-term contracts, self-financing of research—all these characteristics of the position of scientists and researchers can be interpreted as markers of an unsustainable situation, which is undoubtedly exacerbated by war.

Many Ukrainian women scientists came to Germany after the start of a full-scale war in Ukraine on guest invitations from local universities and foundations. The conference will discuss the problems of integration into German academic life and the continuation of an academic career.

An important topic of discussion will be the existential dimensions of war and peace in the context of the search for meaning in life and self-realization of women. Ecofeminism and the ethics of care will become the methodological basis for analyzing the environmental consequences of war. 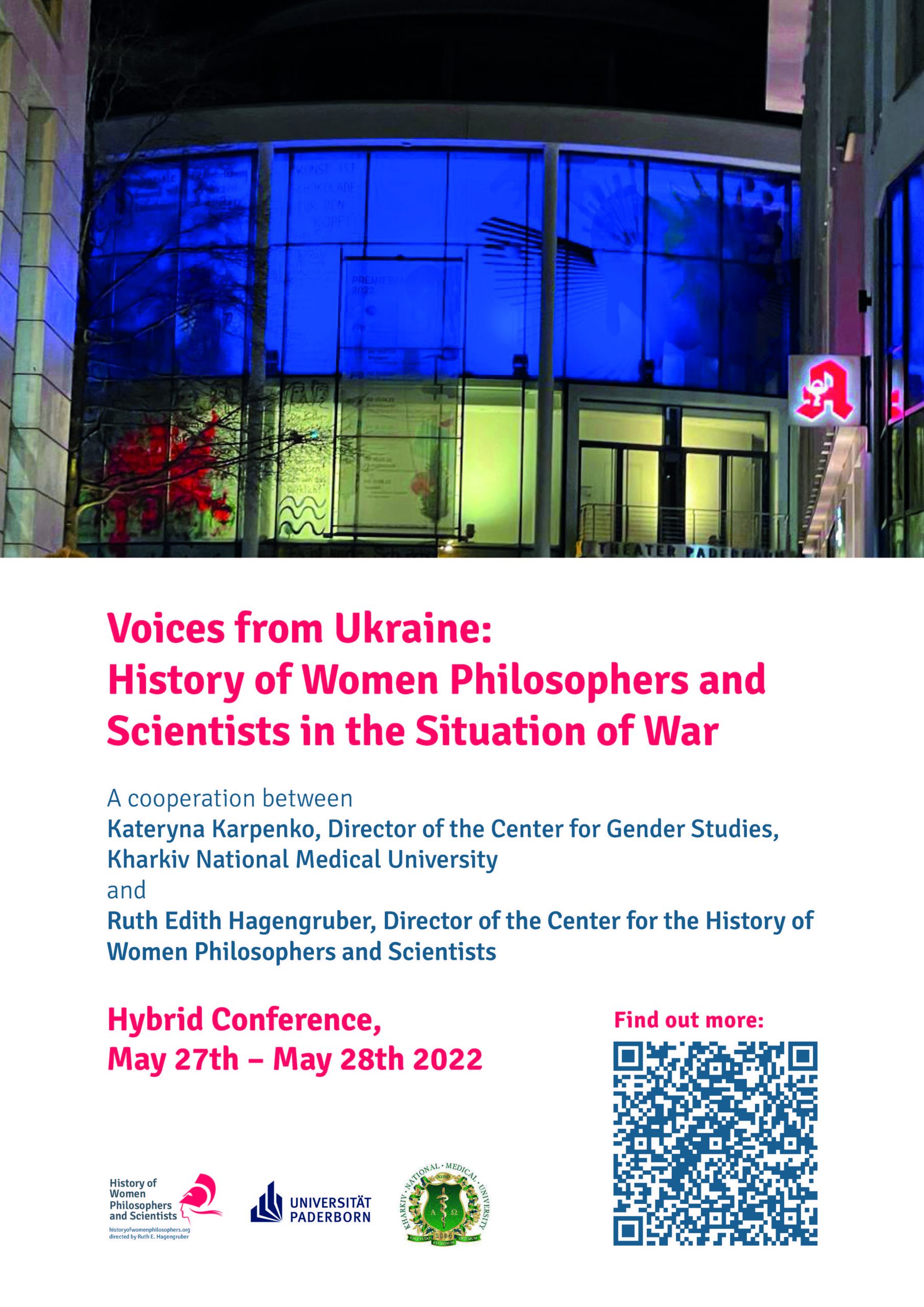