This Libori Summer School course “Helene Druskowitz and Modern Misandry” will offer an overview over a minimally investigated “third voice” in the history of ideas: man-hating (misandry, viriphobia). As some would argue, misandry, though more covertly than misogyny, has always been present in the public discourse of our civilization. However, around the fin de siècle misogynistic discourse reached an apex: as an answer to it we have two different movements. The first is the widely known and investigated turn-of-the-century feminism that lead to philosophical, political, and cultural changes such as the improvement of women’s education, political rights, better paid work, intensifying discourse of the equality of sexes, equal human rights etc. The second is much less known – misandry, which regards the human male as constitutionally inferior to and morally more deficient than woman.

The focus of our investigation will be Helene (von) Druskowitz (1856–1918) and the context in which she lived and developed her thought. She was a philosopher, writer, literary and music critic, and the first woman in Austria and the second woman in German-speaking countries to obtain a doctorate in philosophy. Besides her academic and literary activities, she set up journals with topics related to the emancipation of women (Fehderuf, Der heilige Kampf). Her initial enthusiasm for Nietzsche, with whom she was personally acquainted, and his philosophical positions were soon replaced by resentment and disillusionment and she turned into a severe critic of his works. As an antithesis to Nietzsche’s antifeminist positions, Druskowitz forms her radically feminist position that culminates in her work Pessimistic Cardinal Propositions – Man as a Logical and Moral Impossibility from 1905. In it she depicts a dark futuristic philosophical anti-utopia in which men are destroying the world and fantasizes about the world that would flourish if it were solely inhabited by women. With such radical positions, she was more than 60 years ahead: it was only in the late 1960s that similar radical positions were expressed, e.g. in the SCUM Manifesto by Valerie Jean Solanas.
In the Libori Summer School we will enquire into following contexts regarding Helene Druskowitz:

Language: The seminar will be held in English.

General information: As the number of participants is limited to 15 for each course, please e-mail a one page letter of motivation and a brief curriculum vitae to contact(at)historyofwomenphilosophers(dot)org and cc to jessica.harmening(at)upb(dot)de until July 15th, 2017.
Everybody interested in this topic is welcome to attend this seminar. A certificate of participation will be presented to you in the closing ceremony. Participation is free. Transport and lodgings have to be organized individually by the attendees. Please bear in mind, however, that the holiday season in Paderborn starts at the end of July. There for we highly recommend to book rooms as soon as possible. 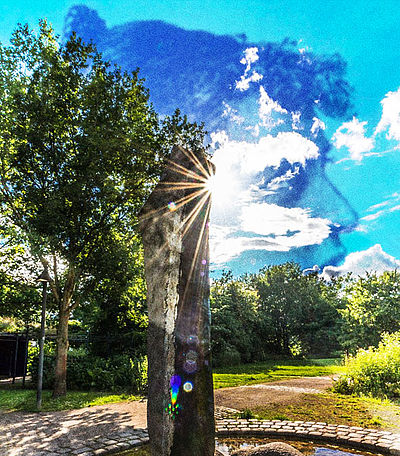