Part of the project seminar “Philosophy of Sexuality” at Paderborn University by Ana Rodrigues, at the professorial chair of Prof. Dr. Hagengruber, the project In der Philosophie zu Hause (IPH) and its student group PEGASUS.

In recent times, we have not been speaking of “sexual”, but of “sexualized” violence. This new description is indicative of a shift in consciousness regarding sexually connoted acts of violence. This new description is supposed to express, that such acts are not sexual acts, but violence, enacted in a sexual manner. The redesignation is trying to draw a clear line between sexuality and violence. But the attempt of a clear distinction is undermining that sexuality and violence are still woven into our still patriarchal culture. The socialization of boys and men within an order order of unequal gender relations makes power and violence into a non-negligible part of their sexual identity and forces us to acknowledge, that there is sexual violence which exists as a gender-specific crime. But this in turn makes us validate those cultural and societal conditions of existing gender relations and therefore male self-conception, which needs to be overcome, if the described problem situation is to be overcome. For the International Women’s Day 2018, the participants of the project seminar “Philosophy of sexuality” of the university of Paderborn will first present the noted controversy in form of a debate. Afterwards, the student group PEGASUS invites to further discussion at several different round tables, in order to further discuss individual aspects of the debate. 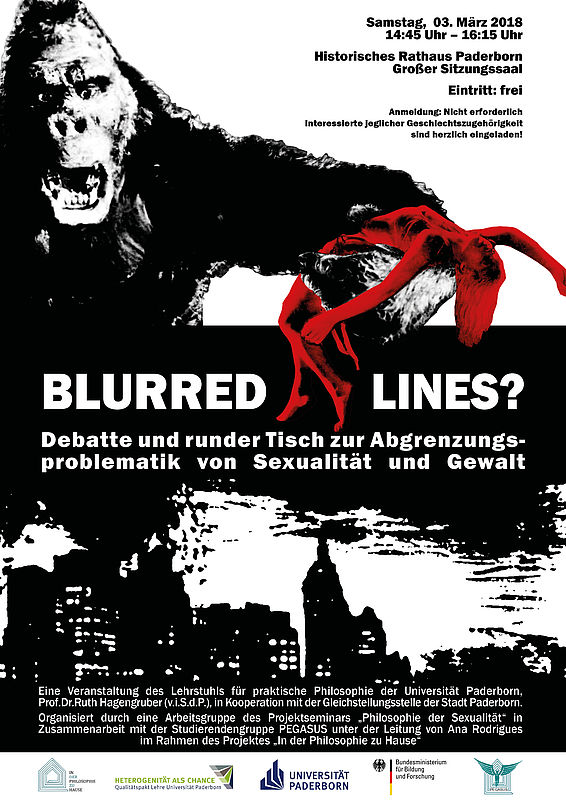