Luise Kulmus Gottsched was one of the most original and influential German intellectuals of the first half of the 18th century. Her activities and influence as a philosopher of the “Weltweisheit” is still downplayed, she is known as a dramatist and translator. One could call her the “German Voltaire”, a writer social and philosophical engagement, as well as because of her irony and wit and  her unapologetically sharp tongue. The fame she garnered as a partner in the writing industry of the Gottscheds secured her reputation as an highly gifted intellectual cynic poet who not always was willing to follow the “rules”. Thus, what seems to have been translation become an original voice, as such of the Saxon farmer women in her play “Pietism in Petticoat”. Taking up a famous case  of misuse of a girl by a priest, this play becomes one of the most controversy discussed plays, whose authorship however was only dismantled after her death.  Luise Gottsched shows herself as an astute social critic, attacking issues of class, bigotry, and sexism.

Gottsched was part of the German rationalist tradition centered in Leipzig, where she produced much of her outstanding and prolific corpus of writings after having agreed to marry Johann Christoph Gottsched (1700-1766).

Her critiques of double standards in German society between men and women set her apart from contemporary women associated with the pietist movement. Gottsched’s powerful voice is as relevant today as it was 250 years ago. 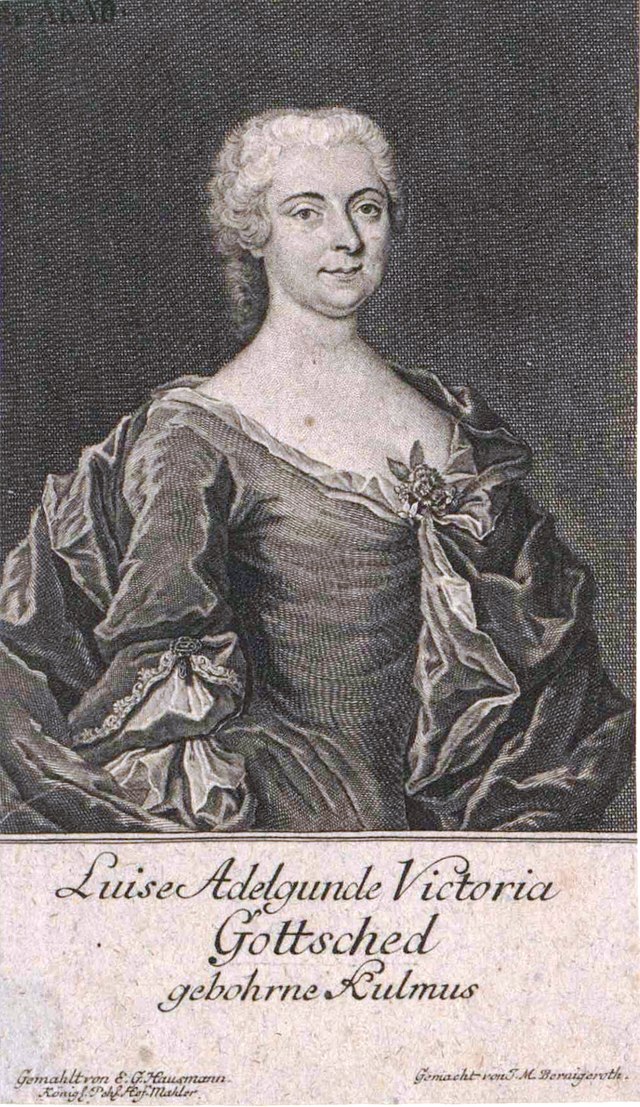 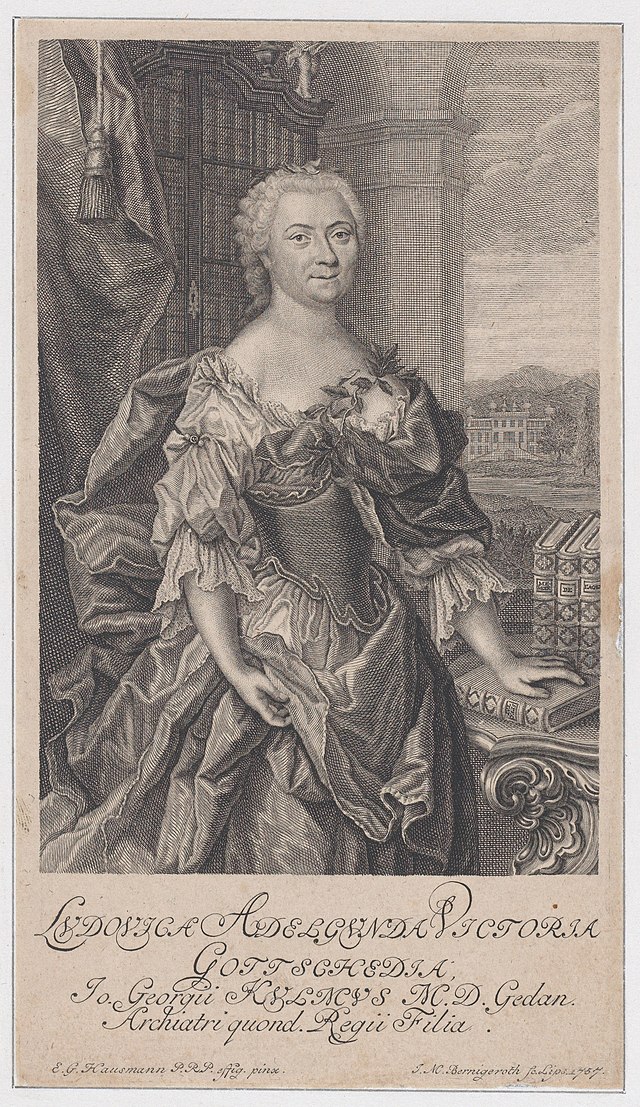