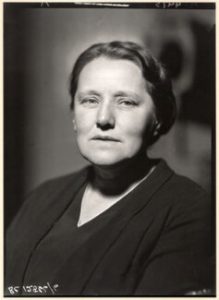 Susan Stebbing was an English philosopher and logician born in North Finchley, London in 1885. She remained unmarried and studied at the University of London. First she was a lecturer at Kings College, then at Bedford College and finally at the University of London. From 1933 to 1943 she was professor of philosophy there. Stebbing also became president of the Aristotelian Society in 1933, where she met Russell, Moore, and Whitehead. In 1934 she became president of the Mind Association. She was friends with Wittgenstein, from whom she adopted many tenets.

She wrote and published her major work, Ideals and Illusions, during World War II. In it she defends democracy and foundations of morality. Stebbing emphasizes existing ethical principles and explains that ideals need not be utopias. They can be implemented in a materialistic universe. She speaks out against the self-destructive ideals of the warring parties and makes it clear that among the many ideals, which are existing, man has the possibility of choosing between them.

Our scholars on Susan Stebbing:

If you want to know more about women philosophers, feel free to check out our directory or website!