Philosopher, writer and political activist of the French Revolution, Olympe de Gouges is a crucial figure in the tradition of Women Philosophers advocating for the equality of the sexes. In her famous Déclaration des droits de la femme et de la citoyenne, that mirrors the 1789 declaration of the Rights of Man and of the Citizen by the French National Assembly, de Gouges states: 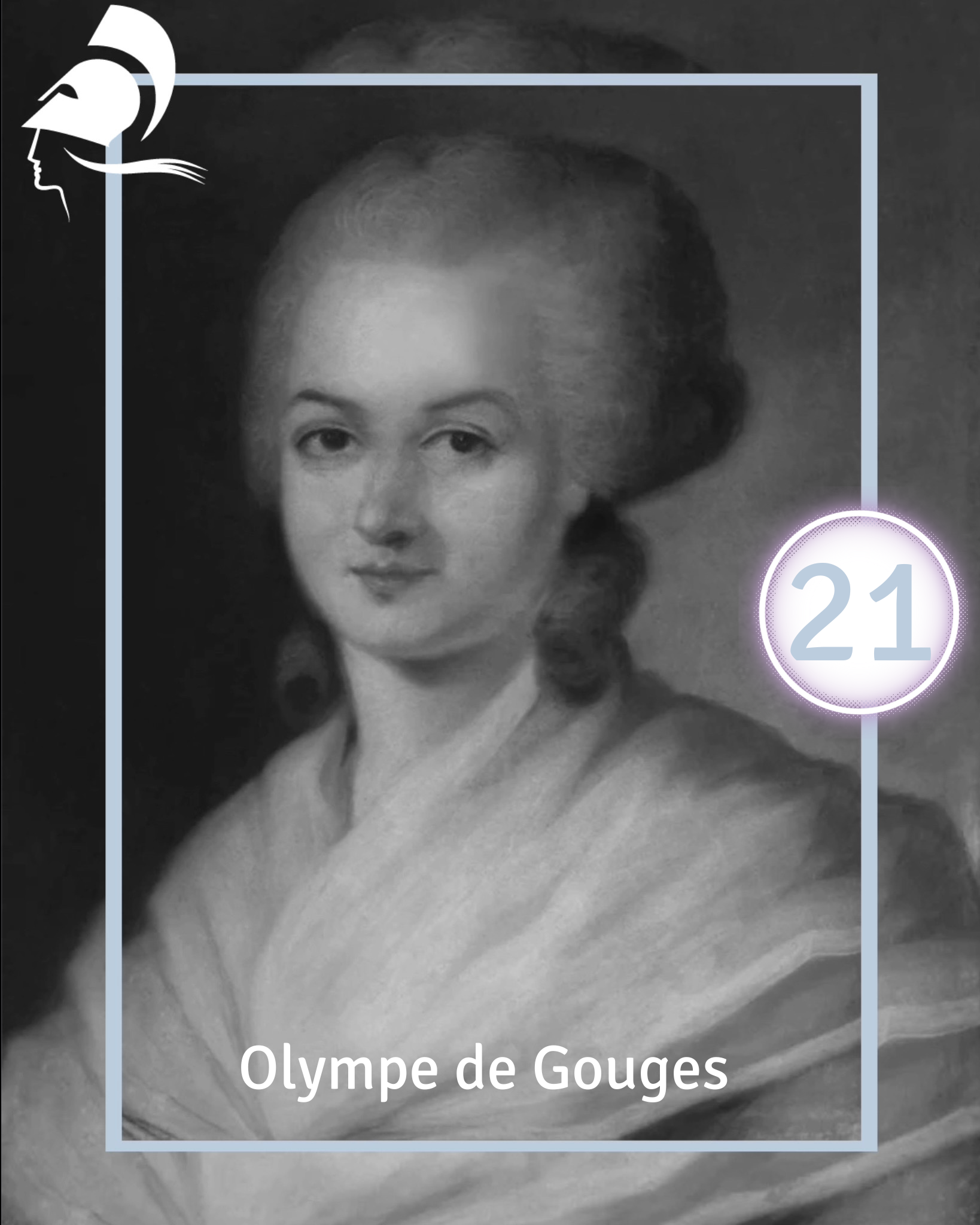 “Man, are you capable of being just? It is a woman who asks you this question; you will not at least take away this right from her. Tell me? Who gave you the sovereign empire to oppress my sex? your strength? your talents? Observe the creator in his wisdom; go through nature in all its greatness, which you seem to want to approach, and give me, if you dare, the example of this tyrannic empire.” (Olympe de Gouges 1791, p. 5, Translation Shari Wölker)

Ruth E. Hagengruber underlines: “Olympe de Gouges’ critique objects to the fact that this declaration [of the Rights of Man and of the Citizen from 1789] does not involve even half of the nation in representation and thus in the legitimation of domination. Here Olympe de Gouges’ statement is radical: no form of domination must be recognized by women that is not legitimated by them.” (Hagengruber 1998, p. 29, Translation Shari Wölker)

You can also find a lecture by Ruth E. Hagengruber on Olympe de Gouges (2011/2) here: 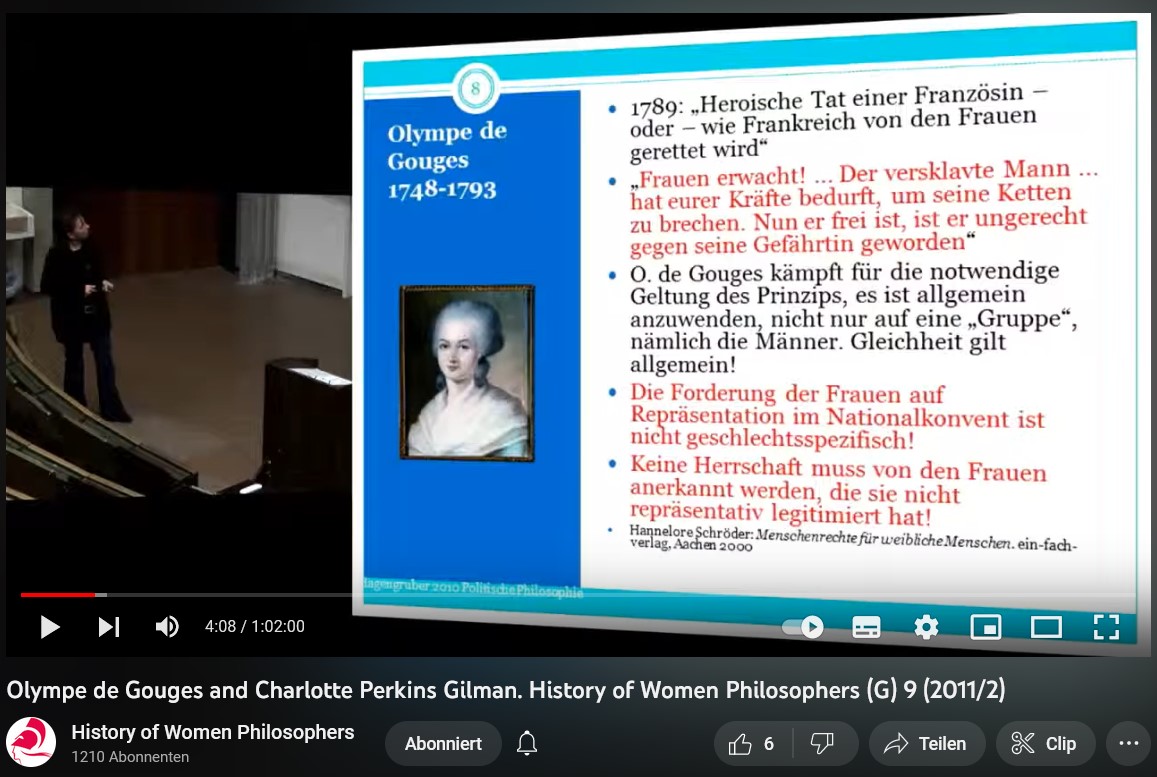 We also present two Conversations with Diotima in which Ruth E. Hagengruber discusses the philosophy of Olympe de Gouges together with Sandrine Bergès: 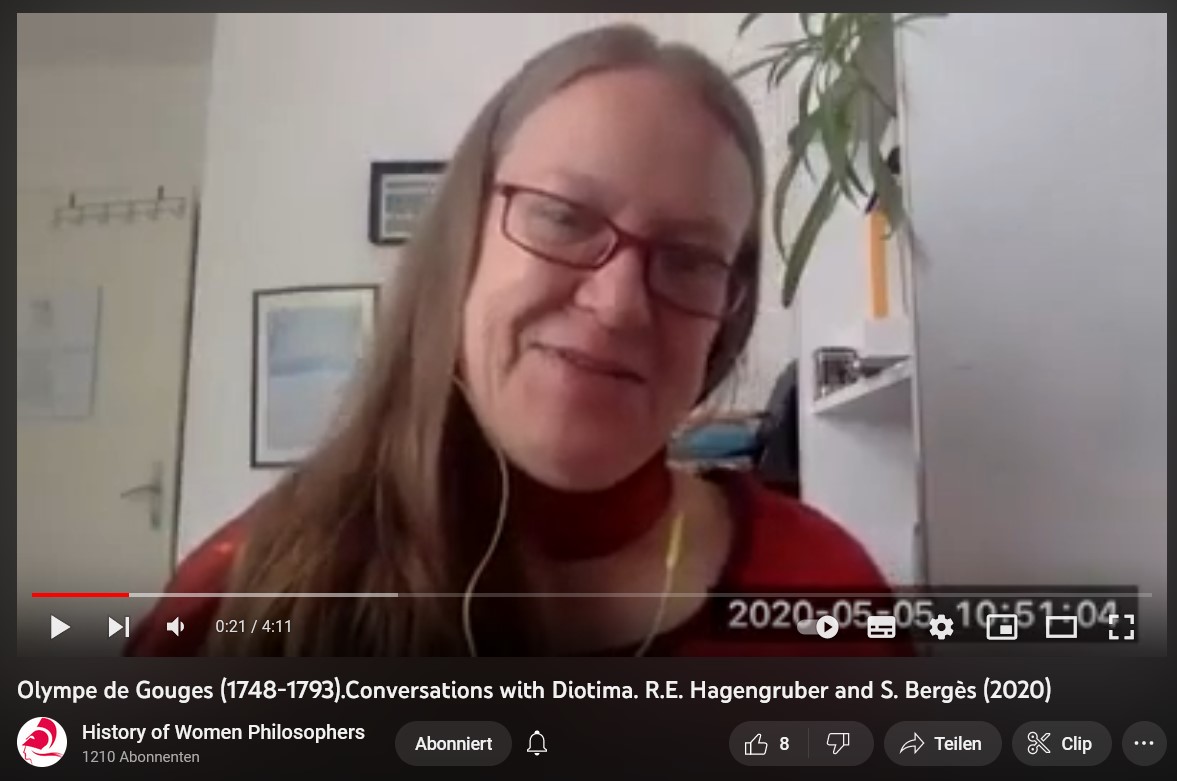 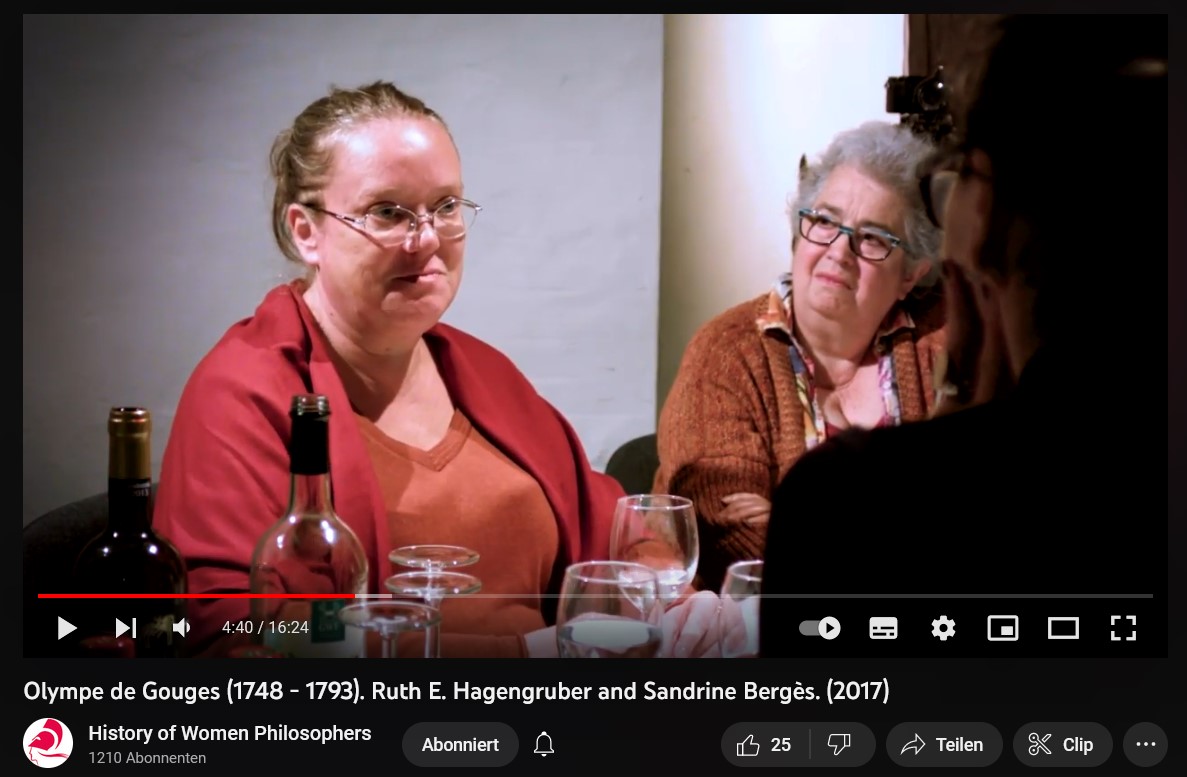