Olympe de Gouges was a playwright and political activist during the French Revolution. She was born as Marie Gouze in Monauban as the daughter of Anne-Olympe Mouisset and Pierre Gouze, a butcher, but her biological father may have been Jean-Jacques Le Franc, Marquis de Pompignan. At 16, she was married against her will to Louis-Yves Aubry, who died two years later. Rejecting the institution of marriage, she gave herself the name Olympe de Gouge and moved to Paris with her young son, Pierre. The following years were spent in pursuit of her intellectual education, supported by Jacques Biétrix de Roziéres, a wealthy merchant. Soon, de Gouges established herself as a fixture in Parisian society; she held salons and began writing poetry, novellas, pamphlets and plays. A passionate advocate of human rights, de Gouges welcomed the outbreak of the Revolution, but soon became disillusioned when equal rights were not extended to women. By far her most well-known feminist work, The Declaration of the Rights of Woman (1791) was written as a response to The Declaration of the Rights of Man and of the Citizen (1789), the preamble to the French Constitution. As the Revolution progressed, she became more and more radical in her writings until she was arrested for her political opinions in 1793. De Gouges, who had demanded in her “Declaration” that women be given the same right to climb the scaffold as men, was guillotined on November 3, 1793. 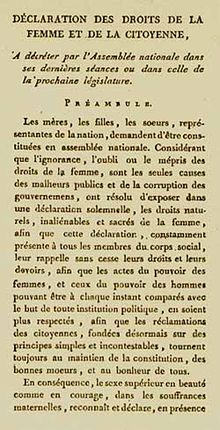 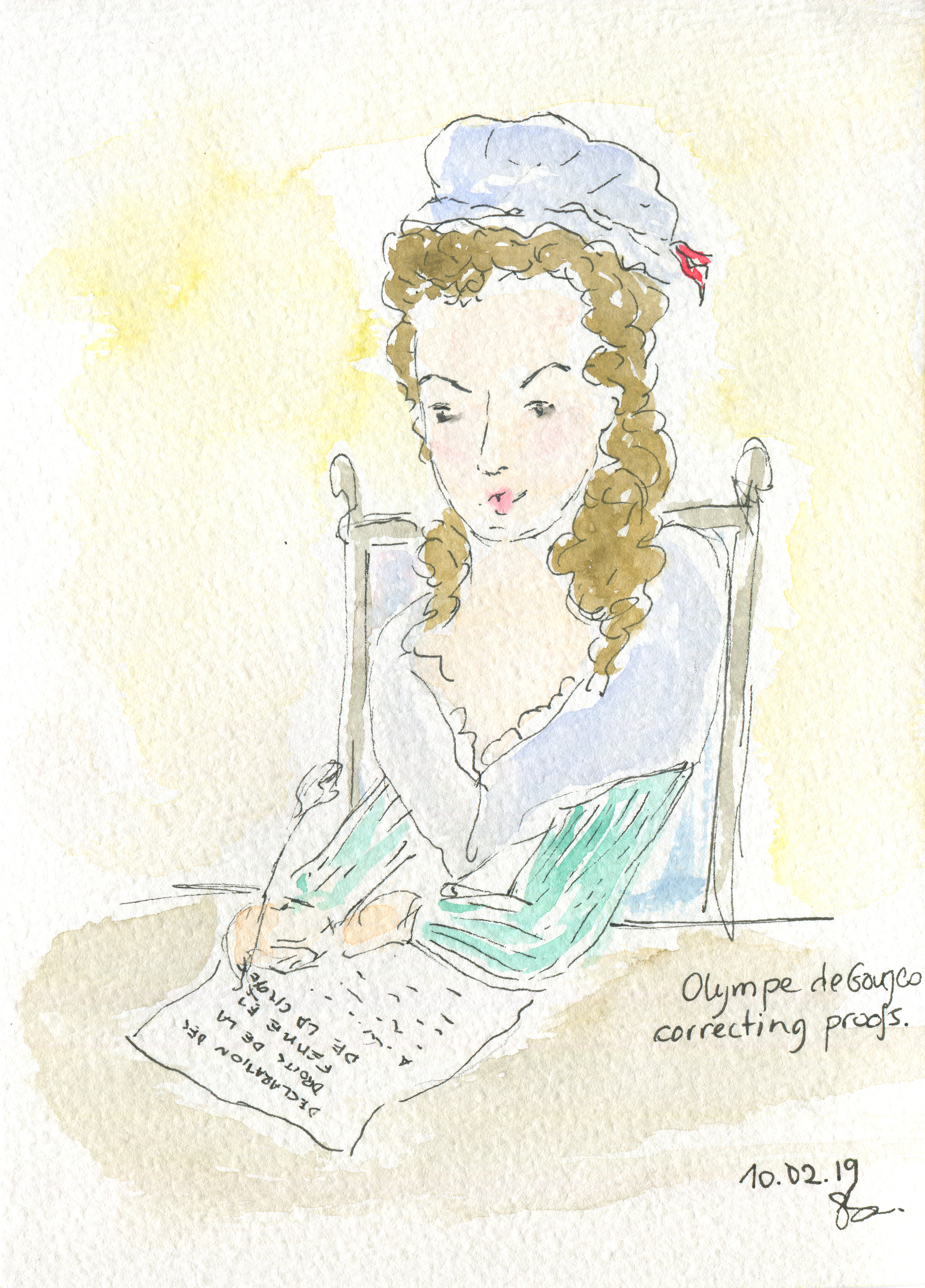 “Man, are you capable of being just? It is a woman who poses the question; you will not deprive her of that right at least. Tell me, what gives you sovereign empire to oppress my sex?”

Declaration of the Rights of Woman (1791)