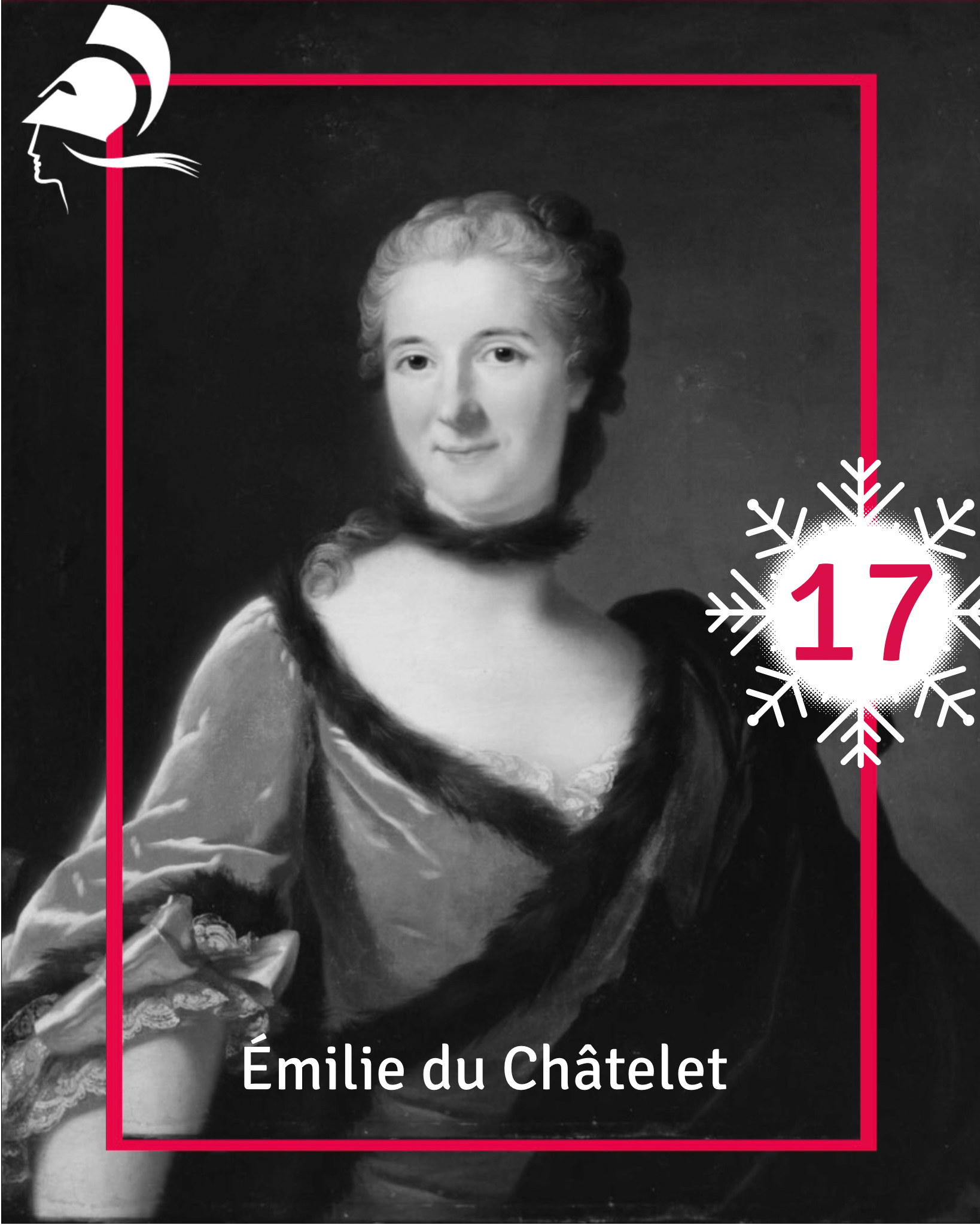 Émilie du Châtelet was a philosopher, physicist, and mathematician, and a key figure in the reception and development of Newtonian mechanics in France and beyond. Du Châtelet’s work covers various philosophical and scientific disciplines, including ethics and politics, natural philosophy, metaphysics, physics, language, and religion. She attacked the idea that the education of women should be based on the subservient notion of “fulfill[ing] the will of the males,” criticized society for excluding half of humanity, and disapproved of nationalistic interests in science. Her vast scientific output demonstrates that du Châtelet was a unique and independent mind that contributed impressively to philosophy and science.

“There is no archimedic point of departure for knowledge and phenomena do not
lead to the discernment of necessary attributes. The modes of being are confused with
essential attributes, she states. As a critique of Descartes, she cites his claim that
substances could be determined only by reason. But she refuses knowledge could be
gained only by experience.” (Hagengruber 2011, p.18)

“What is most notable is that Du Châtelet did not limit herself to defending hypotheses against Newton’s ban or rehabilitating them from the discredit they fell into because of the ‘bad’ use by Cartesians, as she did in the “Avant-Propos” IX. Chapter 4 of Institutions contains not only an apology, but also a detailed methodology of hypotheses and it is important to emphasize the regulations to which they should be subjected, according to Du Châtelet, in order to avoid misuse and mistakes.” (Paganini 2022, p.30)

The Center for the History of Women Philosophers and Scientists has done a lot of research on Émilie du Châtelet over the years. We are happy that we were able to publish the Saint Petersburger Manuscripts as well as continoulsy work on the Paris Manuscripts. Throughout the years the Center has published many works of Émilie du Châtelet, find them collected here and in the ECC. On our YouTube Channel we have a playlist dedicated to Émilie du Châtelet.

This year we dedicated the Summer Term of the New Voices Talk Series to Émilie du Châtelet. Furthermore we hosted the conference Émilie du Châtelet in Relation to Leibniz and Wolff – Similarities and Differences. Look out for the workshop Dynamics & Reason  on du Châtelet and Kant in February 2023!