Elizabeth of Bohemia Prize throughout the years

The prize is donated by Ulrike Detmers, professor for economy at the Bielefeld University of Applied Sciences, and awarded in cooperation with Ruth Hagengruber, Director of the Center for the History of Women Philosophers and Scientists. 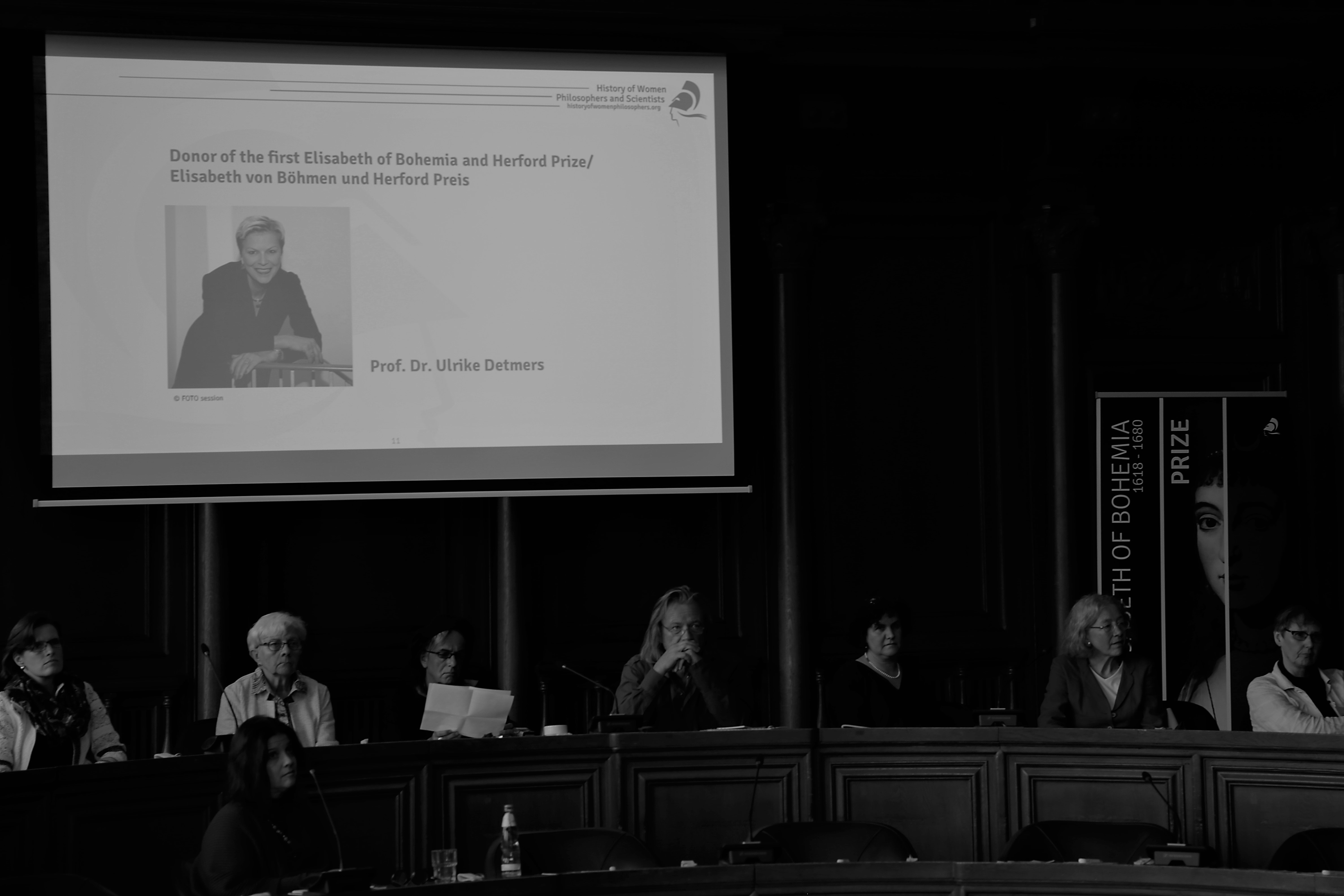 We started to award the Elisabeth of Bohemia Prize in 2018. Back then it was given to Prof. Dr. Lisa Shapiro for outstanding achievements in recognition of the work on the regional closely connected Princess.

In 2019 Prof. Dr. Mary Ellen Waithe received the prize. She is the author of the ground-breaking book series “A History of Women Philosophers”, published from 1987 to 1995, from ancient to contemporary women philosophers. 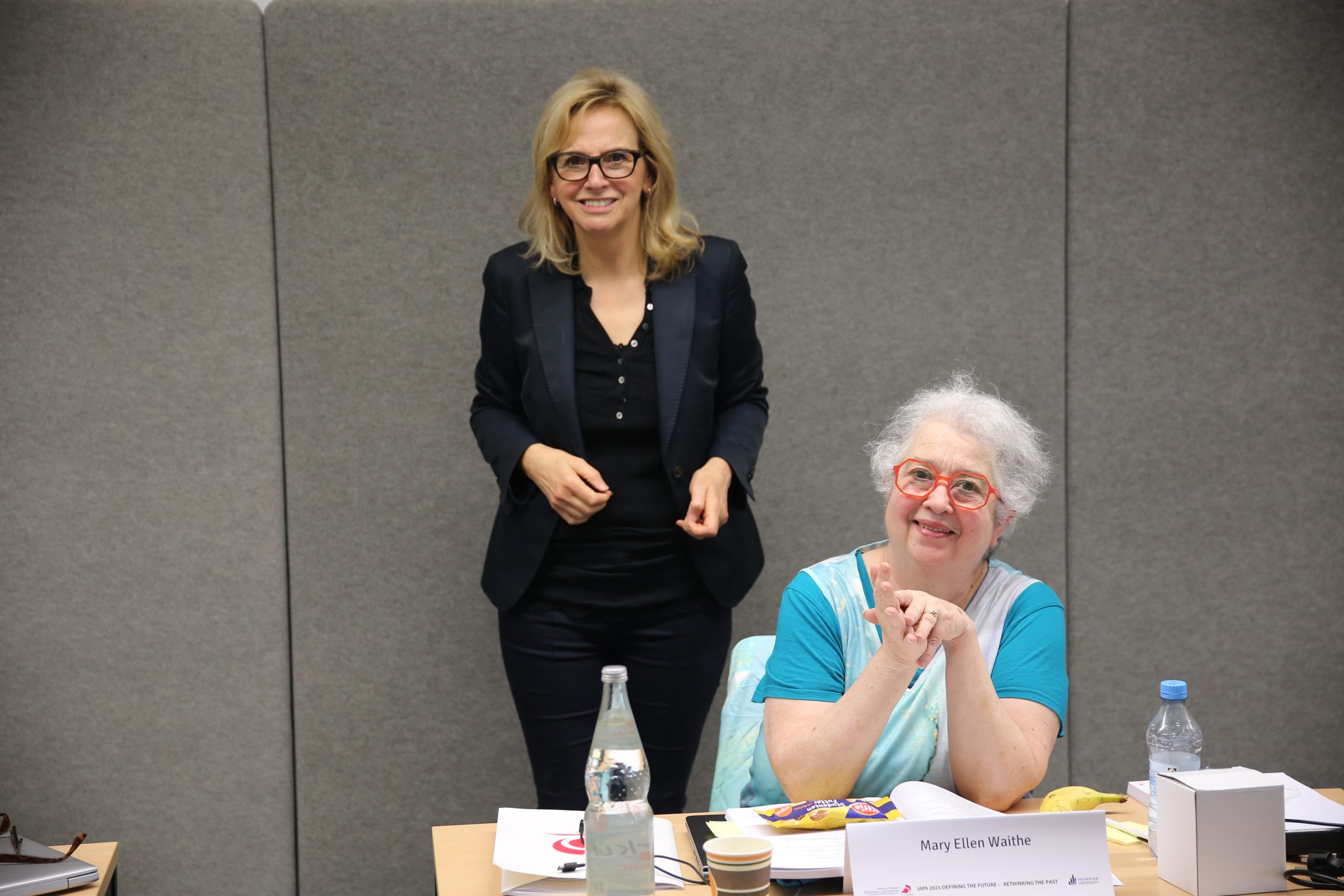 For this year’s prize the award committee has decided that the prize should be divided in two parts to match the theme of the IAPh 2021 “Defining the Future, Rethinking the Past”. One part went symbolically to the foremothers of the International Association of Women Philosophers (IAPH), first founded in 1976. The occasion was commemorated with a keynote on the early days of the IAPh by Herta Nagl-Dozekal and a workshop by Gabriele Gutzmann, one of the founding members of the IAPh. The second part is awarded to Mitieli Seixas da Silva, Professor of Philosophy, and member of the research group “Rede Brasileira de Mulheres Filósofas”. 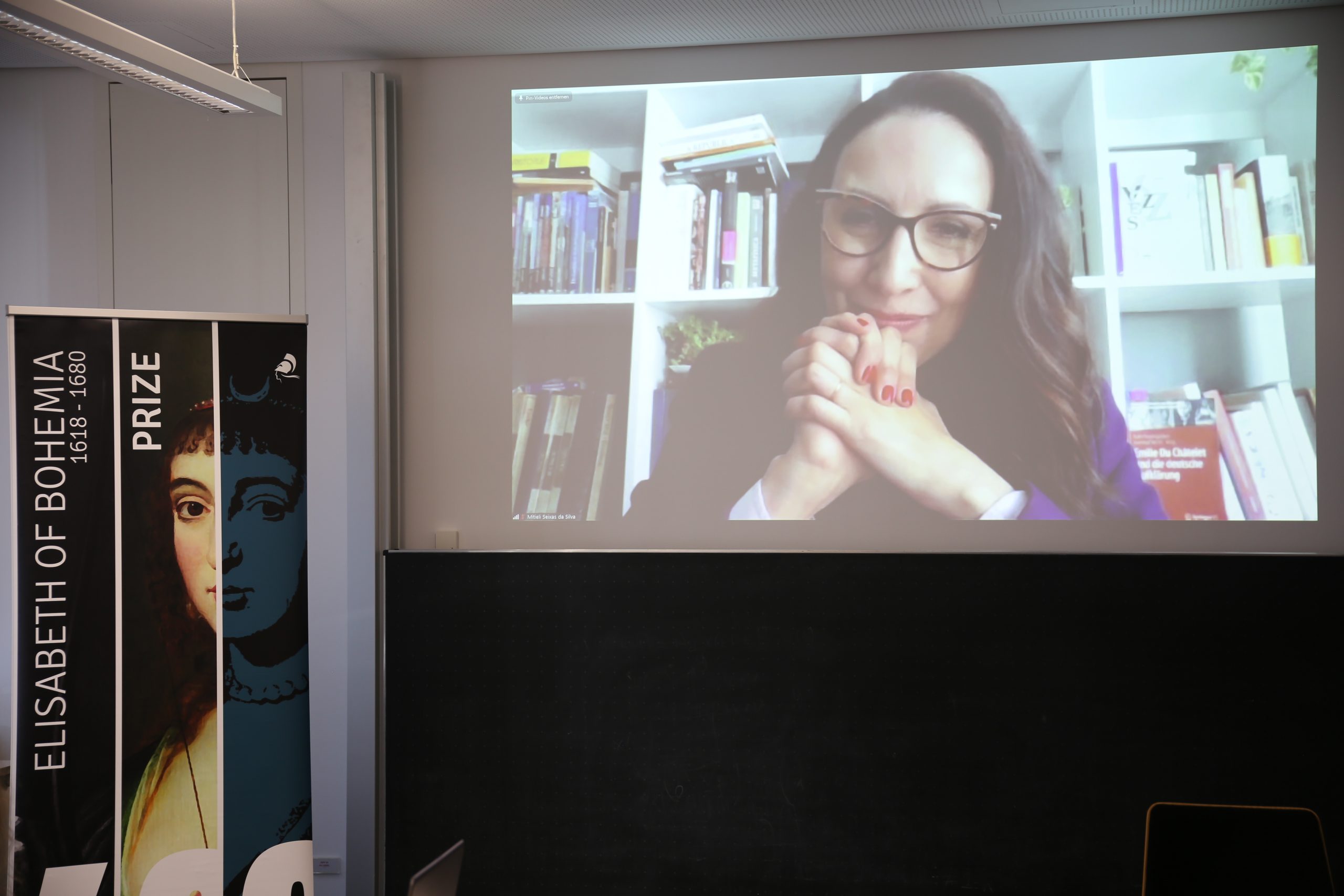