From 22nd November to 26th November 2021, Prof. George N. Vlahakis from the Hellenic Open University, School of Humanities and Prof. Chelsea C. Harry from Southern Connecticut State University (USA) will visit the Center for the History of Women Philosophers and Scientists. Prof. Vlahakis comes for the first visit for the opening of the joint Erasmus Study program between the two universities: the University of Paderborn and the Hellenic Open University.

During their stay, the Center for the History of Women Philosophers and Scientists, under the direction of Ruth Hagengruber, organizes a workshop, under the organisation of Dr. Jil Muller, on “Space and Time: 18th–19th century Women Philosophers and Scientists.” Four research talks will address four female philosophers. Dr. Clara Carus will talk about Émilie du Châtelet to show her unique approach to the concepts of relative and absolute space. Du Châtelet’s 1740 Institutions de physique includes extended discussions of space and time, and she takes the clarification of these concepts to be crucial for the foundations of physics. Du Châtelet went on to translate and comment on Newton’s Principia, in addition to writings on experimental philosophy, biblical criticism, ethics, and more. Prof. Chelsea C. Harry will speak about temporality in the work of Karoline von Günderrode. She was a German poet of the Romantic period, that irritated many of her readers. Like other romantics such as Hölderlin, she was enthusiastic about the ideas of the French Revolution, and she was imbued, from an early age, with the great themes of her work: slavery and freedom, love and death. By writing on these themes, she apparently violated conventions of the time about how a woman should behave and how she should write poetry. She also was the mistress of a married man and was burdened by the irresolvable conflict between her need for freedom and the female role of the time. Dr. Jil Muller will talk about Sophie Germain and her conception of space and time in Pensées diverses. The French mathematician, who had to exchange letters under a male pseudonym to get in contact with great Parisian professors, is famous for the Sophie Germain theorem concerning numbers. She wrote one major philosophical text, that was published posthumously by her nephew, Considérations générales sur l’état des Sciences et des Lettres aux différentes époques de leur culture, to which the Pensées diverses were a crucial addition. Prof. George N. Vlahakis will invent an imaginative dialogue between Hegel and Helle Lambrides on time. Lambrides was a Greek female philosopher of the 20th century. She published over 100 works on many topics, from the history of ancient Greek philosophy to modern analytic philosophy and even Husserl, Heidegger and Sartre. 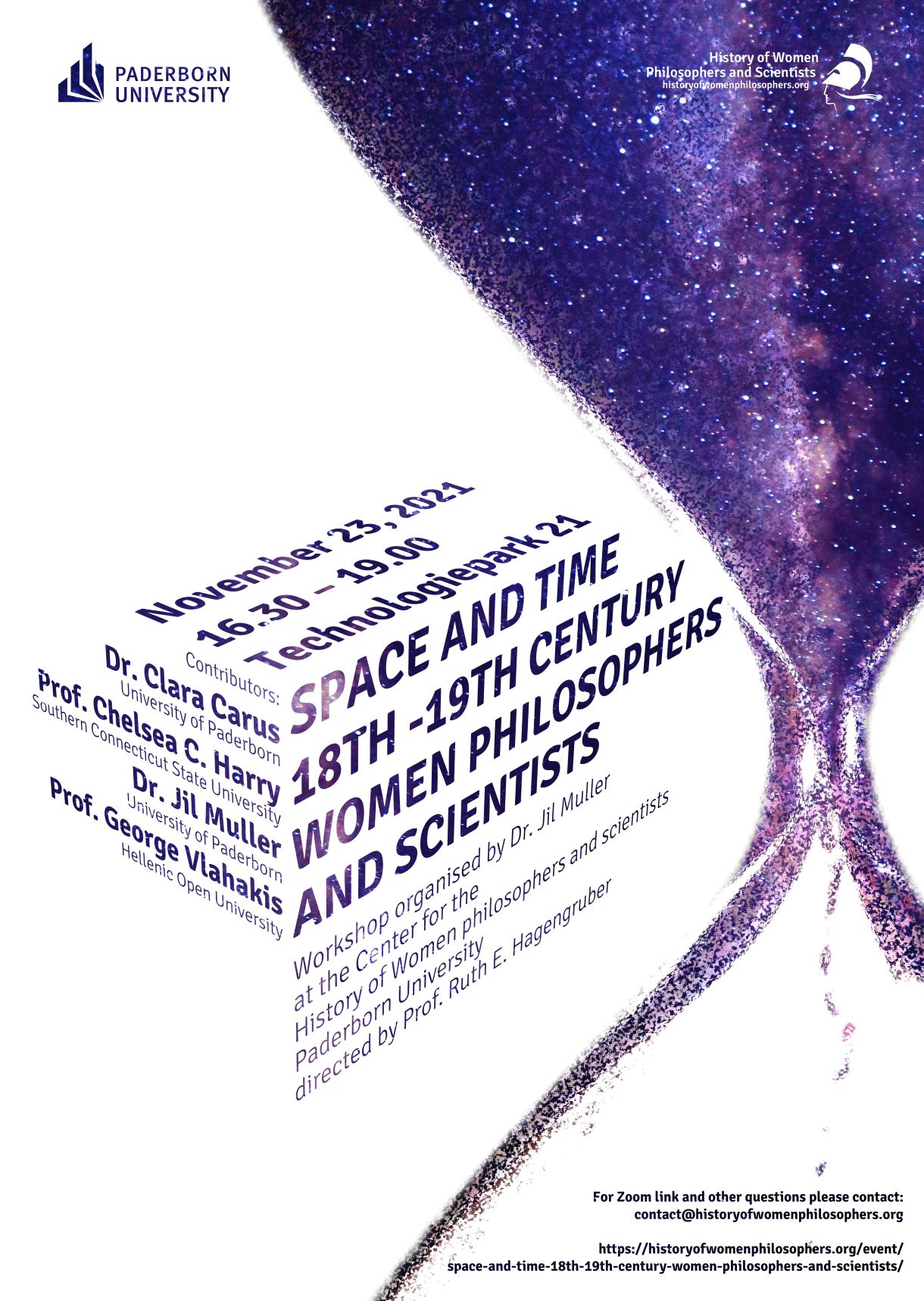 INSTITUTION
Center for the History of Women Philosophers and Scientists,
Jil Muller