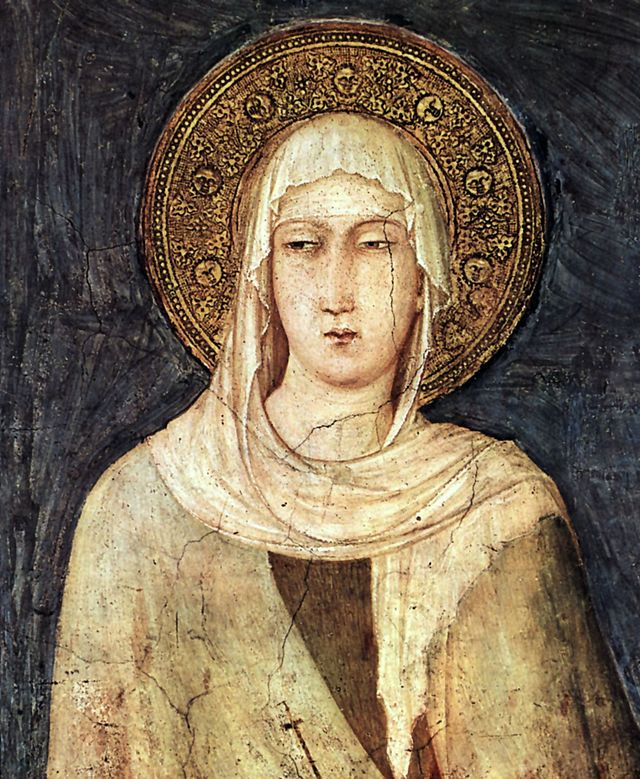 St. Clare of Assisi was the foundress of the ‘Poor Clares’. Around 1212, she gave up all her possessions and joined St Francis of Assisi   at the Portiuncula.  She was first placed in a Benedictine house before moving to San Damiano outside the walls of Assisi. In 1215 other women came to join her which resulted in St. Clare of Assisi being made abbess. St. Clare of Assisi was abbess for the rest of her life. Many daughter houses were founded in Europe during the 13th cent., including 47 in Spain. The severity of the rule went far beyond any that women had previously undertaken. Many of the daughter houses obtained dispensations from the original ban upon communal property. However, the he community of ‘San Damiano’, with those of Perugia and Florence, obtained at St Clare’s wish the ‘privilegium paupertatis’ from Gregory IX. This enabled them to maintain their original state of entire poverty.