Retrospective on the VivaMente 2022 Conference in Pisa

International Conference “From Automata to Transhumans: Debating Human Nature and its Limitations 1600-2000,” in Pisa.

On the 21st and 22nd of April 2022 the international conference “From Automata to Transhumans: Debating Human Nature and its 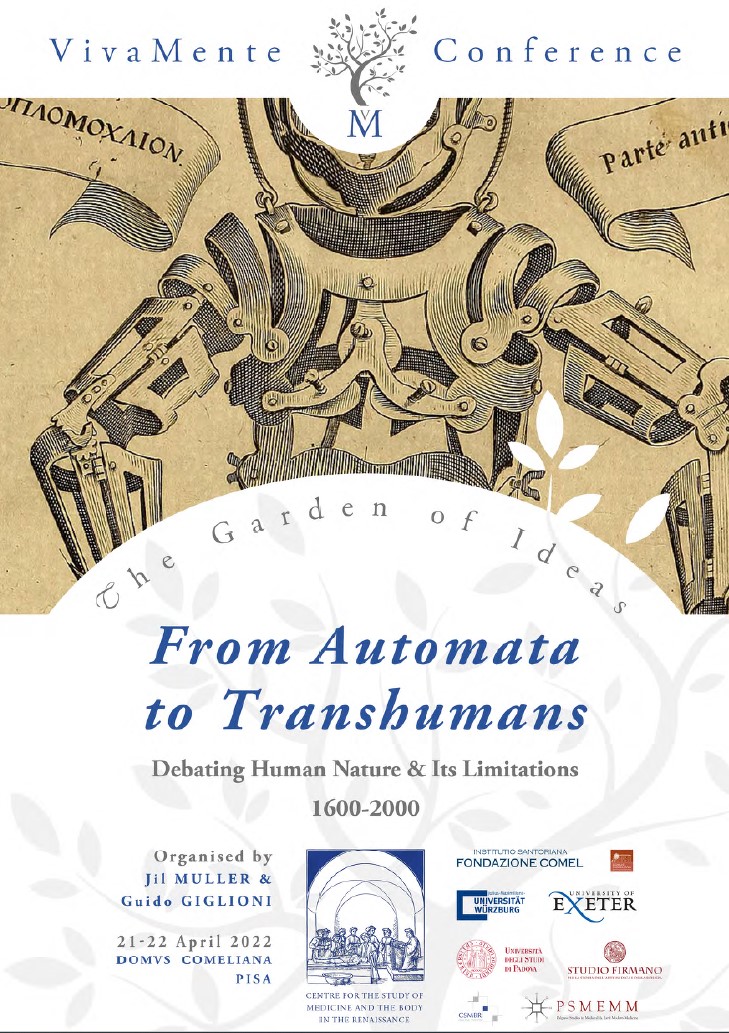 Limitations 1600-2000,” took place, organised by Dr. Jil Muller, a post-doctoral researcher at the University of Paderborn and Member of the Center for the History of Women Philosophers and Scientists. Dr. Jil Muller was able to organise this huge event thanks to being awarded the VivaMente 2022 grant by the Centre for the Study of Medicine and the Body in the Renaissance (CSMBR). The event was co-organised with Guido Giglioni from the University of Macerata, with the support of the director of the CSMBR, Fabrizio Bigotti.

The conference was a hybrid event, bringing together young scholars and experienced researchers from Europe, North and South America, and Asia. It was hosted, as the first post-pandemic conference, in the Domus Comeliana in Pisa, which is part of the Fondazione Comel. Marcello Comel was a doctor and professor of medicine, who had a Chair at the University of Modena and who led the Clinic of Pisa, as well as the first Italian Burn Center. The early Comel School has been enriched with a Library named after Santorio Santorio, the sixteenth-century physician, who was as well-known as Galileo Galilei in the field of medicine. In the footsteps of Hippocrates, Santorio taught the physical and organic unity of the human being: medical humanism.

Quite in spirit of Santorio Santorio and Marcello Comel, the conference has not only addressed human nature from a medical point of view, but also in its philosophical, literary and artistic aspects. This made it possible to assemble talks on sixteenth- and seventeenth-century medicine, Descartes’ conception of machine, Vaucanson’s automata, tools for birth control, cyborg, robots, transhumans, metaphors in political theories, vitalism, and the idea of the perfect human.

A selection of the Conference proceedings will be published with Palgrave Studies in Medieval and Early Modern Medicine (PSMEMM).

A big thanks goes to all the speakers, participants, and staff from the CSMBR. 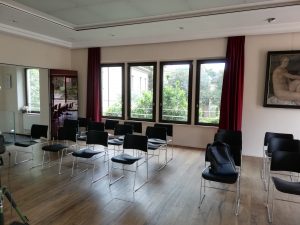 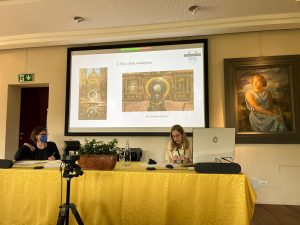 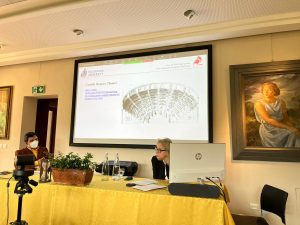 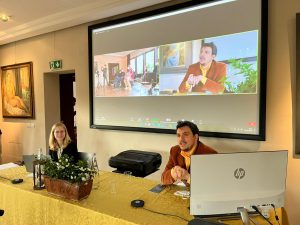 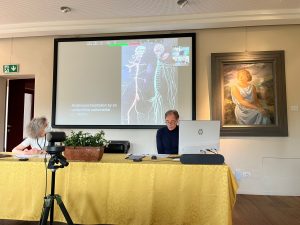 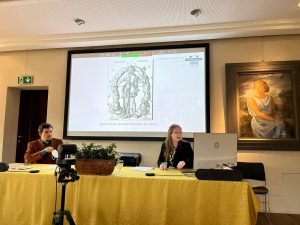 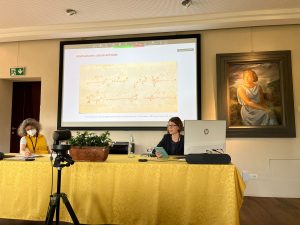 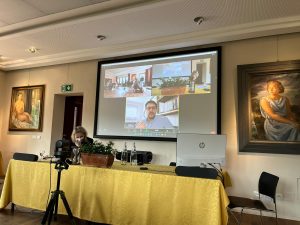