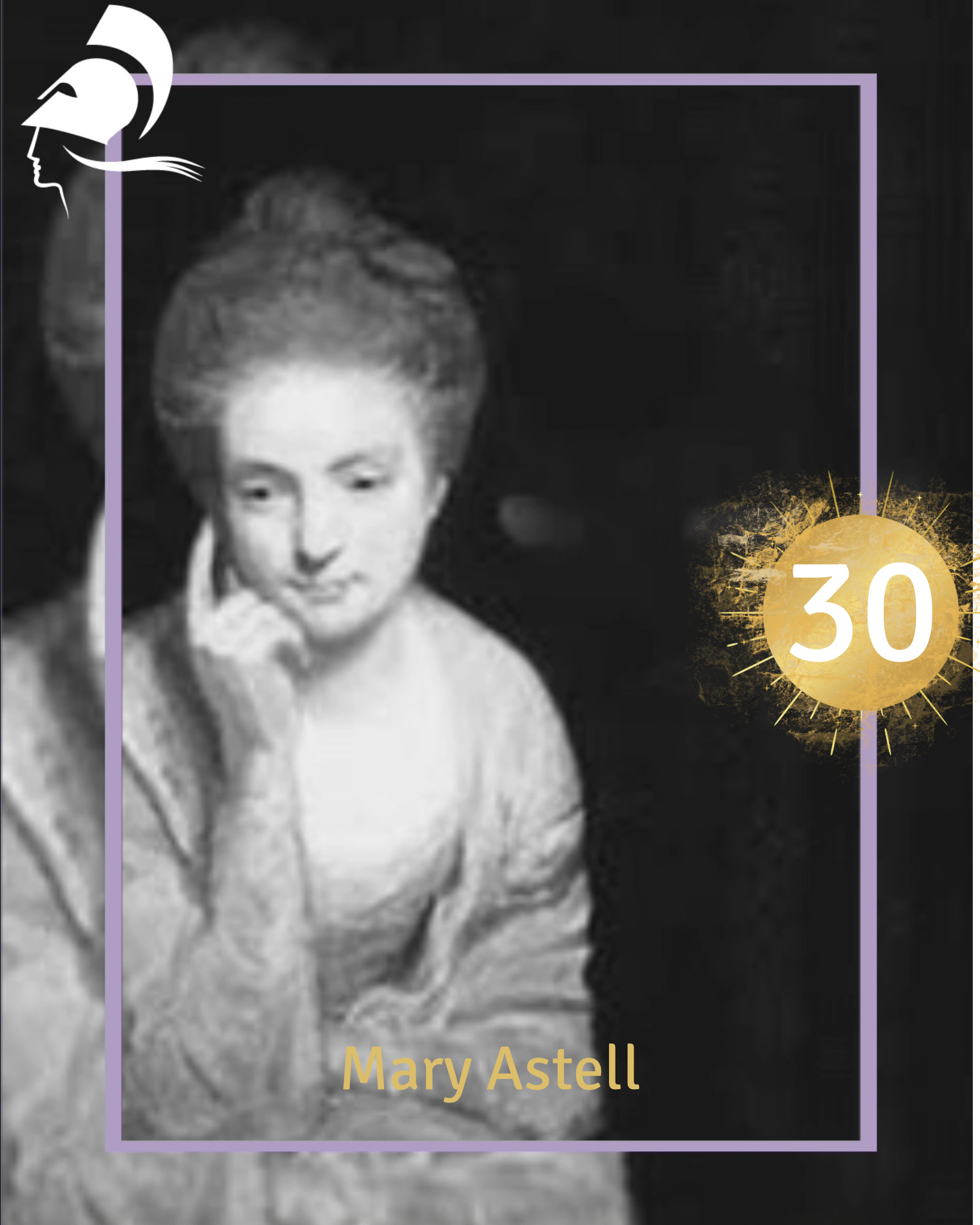 Mary Astell was an English feminist writer, philosopher, and rhetorician. Her feminist reputation rests largely on her plea to establish an all-female college in England, an idea from her Serious Proposal to the Ladies (1694). She is also remembered for her harsh but witty statement on early modern marriage in her Some Reflections upon Marriage (1700).

“Astell claims that we can attain knowledge by affirming only those ideas that are clear and distinct. To do so, we must learn to regulate the will, the mind’s active faculty of affirming or denying the ideas of the understanding. The will is to blame when we fall into erroneous judgements. We only really go astray because the will foolishly assents to more than it perceives; instead of carefully attending to the ideas of the understanding, it hurries on and makes rash judgments, beyond the scope of its ideas. We cannot successfully regulate the will, according to Astell, until we have learnt to moderate our passions or emotions. Certain emotions, such as pride and vanity, can prevent us from properly engaging in the search for truth. When we are faced with a truth that contradicts our mistaken idea of self-interest, for example, we shut our eyes against it and unreasonably refuse to entertain it.” (Broad, IEP)

“Astell thinks that the passions need not be obstacles on the path to virtue, provided that they are “hallowed” or purified in some way.” (Broad, IEP) 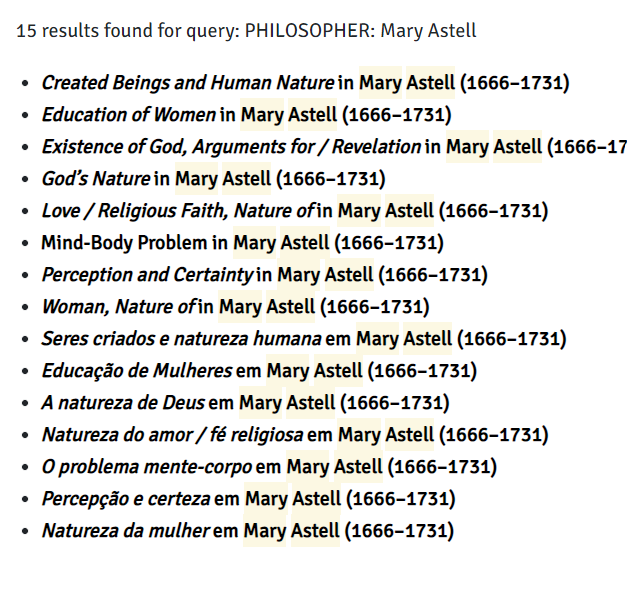 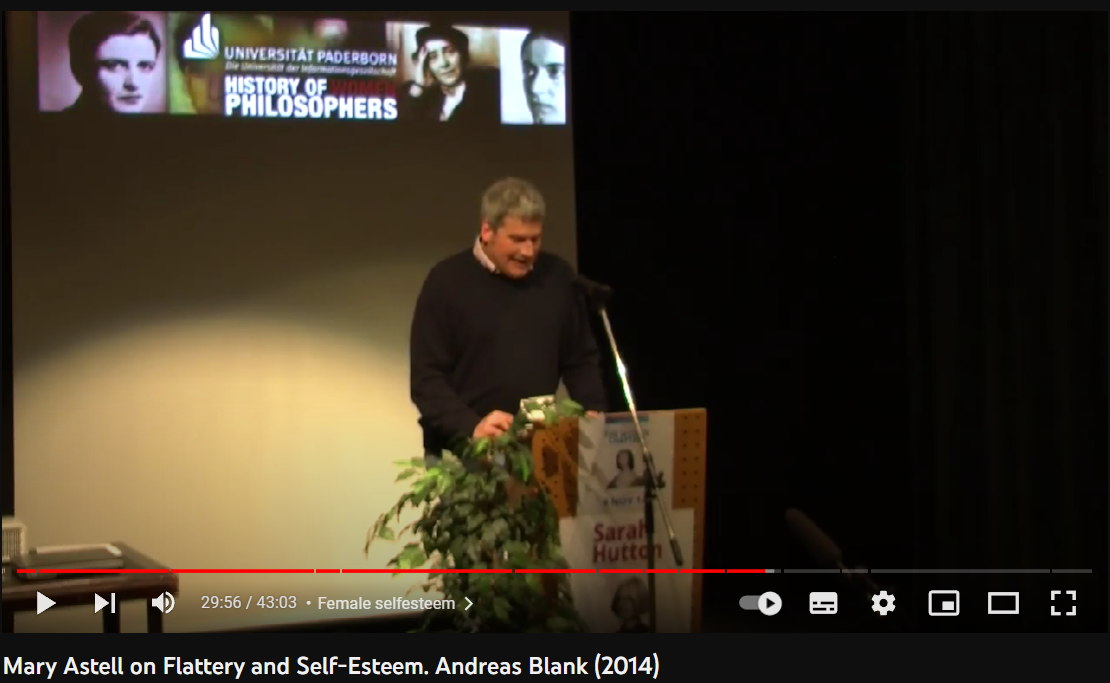