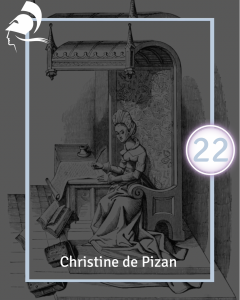 In Christine de Pizan’s Book of the City of Ladies, Pizan’s narrator reflects about the prevailing opinion on women propagated by male intellectuals and wonders:

“[E]verywhere, in all kinds of treatises, philosophers, poets, all the orators (their listing would take up too much space) seem to speak from a single mouth and all come to the same conclusion that women, namely that women in their behavior and their way of life to all possible forms of vice. Since I was very much preoccupied with these things, I set about myself and my behavior as a being of the female sex, and in a similar way and in a similar way I discussed with other women I met: with numerous princesses, with a myriad of women from the most diverse social classes, who graciously shared with me their  graciously revealed to me their most secret thoughts, so that I might, on the basis of this knowledge and completely unprejudiced, whether what so many honorable men say about  honorable men spread about women is true. But in spite of everything, what I learned in this way, and although I observed and examined extremely thoroughly, I did not find any evidence for such disparaging judgments about my fellow sexes and the female classes.” (Pizan 1986 in Hagengruber 1998, p. 50, Translation Shari Wölker)

She then has an encounter with three ladies, the allegorical figures Reason, Rectitude and Justice. The ladies encourage Pizan to continue her investigation of truth of the female sex by motivating her to follow her own understanding:

“For where has there ever been a husband who allowed himself to be dominated by his wife in such a way and and tolerated her hurling so many vile insults at his head as they say about women? Whatever you have read on this subject  you have read but never experienced yourself: I consider them to be clumsy lies.  Dear friend, therefore I say to you in the end, that simplicity alone is the cause of your is the cause of your present opinion. Therefore become yourself again yourself again, make use of your intellect again and do not care no further about such foolishness! For you must know one thing: all the malice that is spread everywhere about women, fall in the end on the slanderers and not on the women.” (Pizan 1986 in Hagengruber 1998, p. 53, Translation Shari Wölker)

Ruth Edith Hagengruber evaluates the encounter of the narrator and the three ladies as follows:

“Can women continue a science from which they have been excluded, even suppressed and slandered? Her answer is: The history of science is full of mistakes, philosophers and theologians also err. The lady Reason, who appears as an allegorical figure of light, therefore gives Christine the task of history of science. The task is to increase the women who have already contributed to the history of science, and to set her own experience as the criterion for science. The call to check the opinion of the authorities against one’s own experience and the well-known call ‘Use your own understanding’ form the methodological and epistemological prerequisite for the work of the women philosophers of the future.” (Hagengruber 1998, p. 21, Translation Shari Wölker)

If you are interested in Christine de Pizan research, find Scholars of our New Voices network.

See also Julia Lerius’s talk on “Women Philosophers’ Works of the Late Middle Ages” from our 2014 Workshop “Rewriting the History of Philosophy: The Women Chapters“. Lerius dedicates a part to Christine de Pizan: 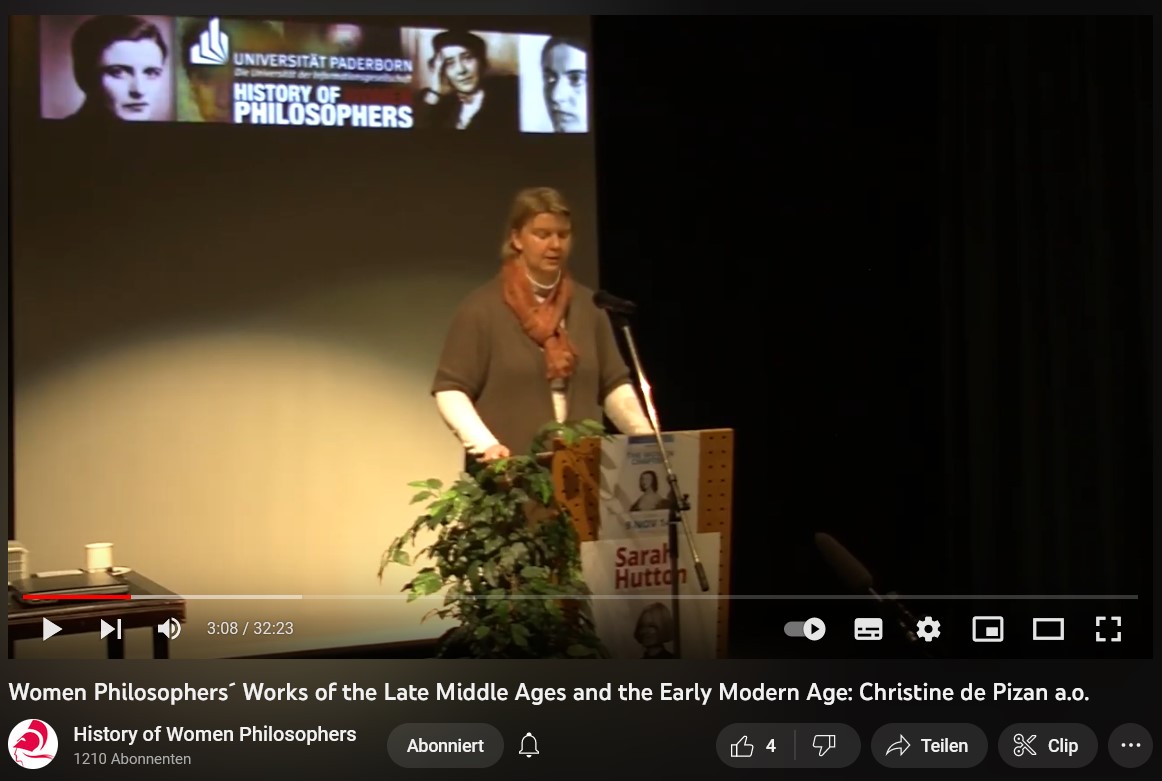 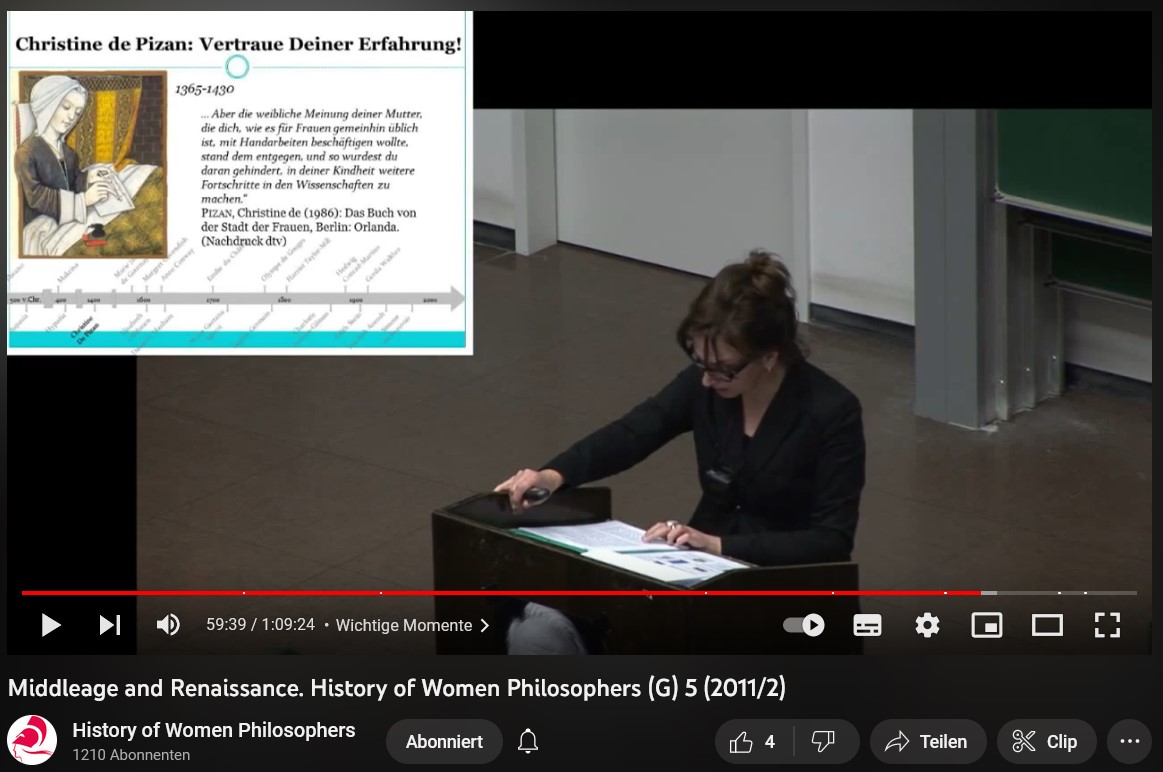