Congratulations to the winners of the dual Elisabeth of Bohemia Award in 2021!

Today, the Elisabeth of Bohemia Prize 2021 was awarded at the XXVIII. World Congress of the International Association of Women Philosophers (IAPh). Due to the delay caused by the Covid-19 pandemic, the award committee has decided that this year’s prize should be divided in two parts. To match the theme “Defining the Future, Rethinking the Past” with which the Center for the History of Women Philosophers and Scientists has shaped the conference:

In a symbolical act that goes back in time, the foremothers of the International Association of Women Philosophers (IAPH), first founded in 1976 , were acknowledged. The occasion was commemorated with a keynote on the early days of the IAPh by Herta Nagl-Dozekal and a workshop by Gabriele Gutzmann, one of the founding members of the IAPh. 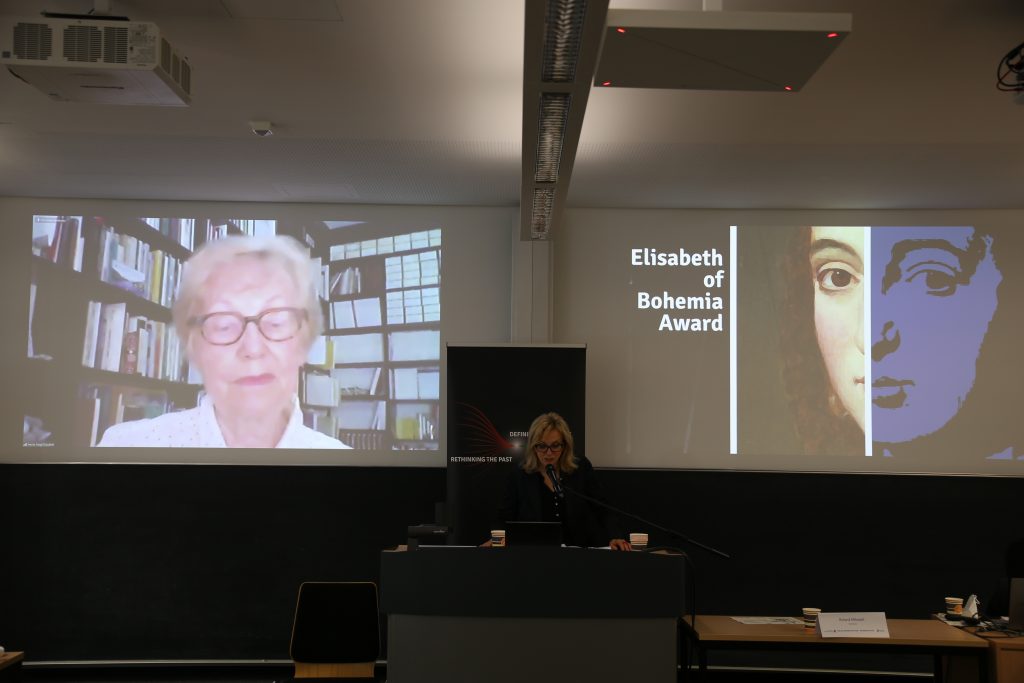 The financial acknowledgement goes to the future and is awarded to Mitieli Seixas da Silva, Professor of Philosophy at the Federal University of Santa Maria, Brazil, and member of the research group “Rede Brasileira de Mulheres Filósofas” on the history of women philosophers. The financial award of the Elisabeth of Bohemia prize is dedicated to acknowledge Professor da Silva’s endeavor to consolidate research on the history of women philosophers in Brazil. 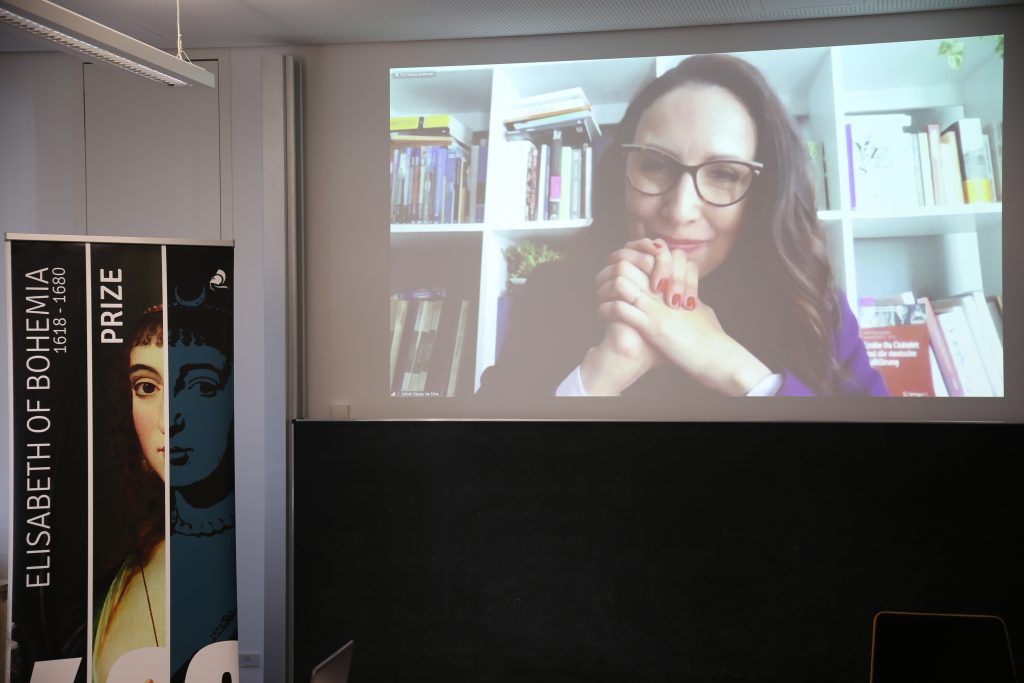 Mitieli Seixas da Silva is a promising junior researcher with outstanding experience and who, in the opinion of the committee, deserves this award. She has a PhD in Philosophy from the Universidade Federal do Rio Grande do Sul with a doctoral dissertation on Kant’s theoretical philosophy, advised by Professor Silvia Altmann (UFRGS) and partially by Professor Hannah Ginsbourg (University of California -Berkeley). She also received a scholarship for the collaborative project Erasmus Master Mundus–Europhilosophie, during which she researched at the Université Catholique de Louvain, the Bergische Universität Wuppertal and at the Université du Luxembourg.

Next to interests in Modern Philosophy and didactics, Mitieli Seixas da Silva is dedicated to revisiting the canon of modern history of philosophy through the work of modern women philosophers and has rendered outstanding services, especially with her project on “Émilie du Châtelet between Experience and Reason in the 18th Century: Studies in the Formation of the Philosophical Canon, Theories of Knowledge, and the History of Women Philosophers”.

Read more about the prize here.