Looking for new ideas and concepts on the History of Women Philosophers and Scientists - Contributions welcome! 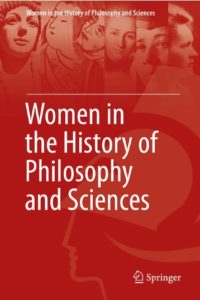 “As the historical records prove, women have long been creating original contributions to philosophy. We have valuable writings from female philosophers from antiquity and the Middle Ages, and a continuous tradition from the Renaissance to today. The history of women philosophers thus stretches back as far as the history of philosophy itself. The presence as well as the absence of women philosophers throughout the course of history parallels the history of philosophy as a whole. Edith Stein, Hannah Arendt, and Simone de Beauvoir, the most famous representatives of this tradition in the twentieth century, did not appear from nowhere. They stand, so to speak, on the shoulders of the female titans who came before them. The ever-growing market of scholars and students of women’s contributions to philosophy and science is a strong indicator that the series Women in the History of Philosophy and Sciences will be successful as the series Women Philosophers and Scientists published by Springer VS, the 4-Volume series a History of Women Philosophers and several other works the editors have published with Springer. WHPS will be of interest not only to the international philosophy community, but also for scholars in history of science and mathematics, the history of ideas, and in women’s studies.”

For more insights and inspirations on women philosophers see also our published books of our Springer Series.