A new book by Sarah Hutton and Ruth E. Hagengruber, who will talk at the BSHP pre-conference workshop together with Caterina Pellò, Alison Stone and Rachael Wiseman, is about to be published.

“This collection of essays presents new work on women’s contribution to philosophy between the Renaissance and the mid-eighteenth century. They bring a new perspective to the history of philosophy, by highlighting women’s contributions to philosophy and testifying to the rich history of women’s thought in this period. By showing that women were active in many branches of philosophy (metaphysics, science, political philosophy cosmology, ontology, epistemology) the book testifies to the rich history of women’s thought across Europe in this period. The scope of the collection is international, both in terms of the philosophers represented and the contributors themselves from Britain and North America, but also from continental Europe and from as far afield as Australia and Brazil. The philosophers discussed here include both figures who have recently come to be better known (Elisabeth of Bohemia, Anne Conway, Mary Astell, Catharine Trotter Cockburn, Emilie du Châtelet), and less familiar figures (Moderata Fonte, Lucrezia Marinella Arcangela Tarabotti, Tullia d’Aragona, Madame Deshoulières, Madame de Sablé, Angélique de Saint-Jean Arnauld d’Andilly, Olivia Sabuco, Susanna Newcome). The chapters in this book were originally published as a special issue of the British Journal for the History of Philosophy.”

Ruth E. Hagengruber, Sarah Hutton, Caterina Pellò, Alison Stone and Rachael Wiseman will speak at the pre-conference workshop of the British Society for the History of Philosophy Annual Conference – see the event here for more information. 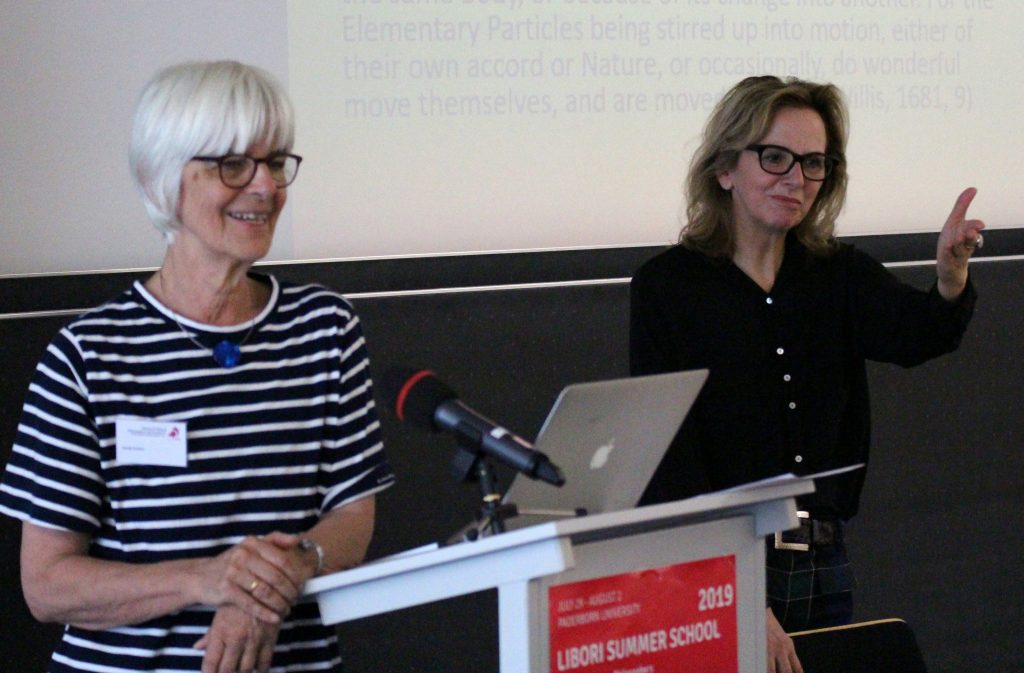