Between HeForShe and Misogyny

The HeForShe campaign of the UN sets a historical milestone in the fight for gender equality. The inclusion of men and boys in a movement that once began as women’s fight for human rights shows a fundamental change in the mindset of people: gender equality effects everyone and is in the interest of both, men and women.

At the same time, however, as seen in the US presidential election campaign with the “Grab them by the pussy” scandal, those opposed to gender equality initiated a counter movement that tries to undermine the rising solidarity between men and women. As a consequence, the movement for gender equality is now facing an unprecedented wave of misogyny.

On international women’s day students of the project seminar “Philosophische Geschlechtertheorien” at the University Paderborn present this actual clash of the extremes in a panel discussion. 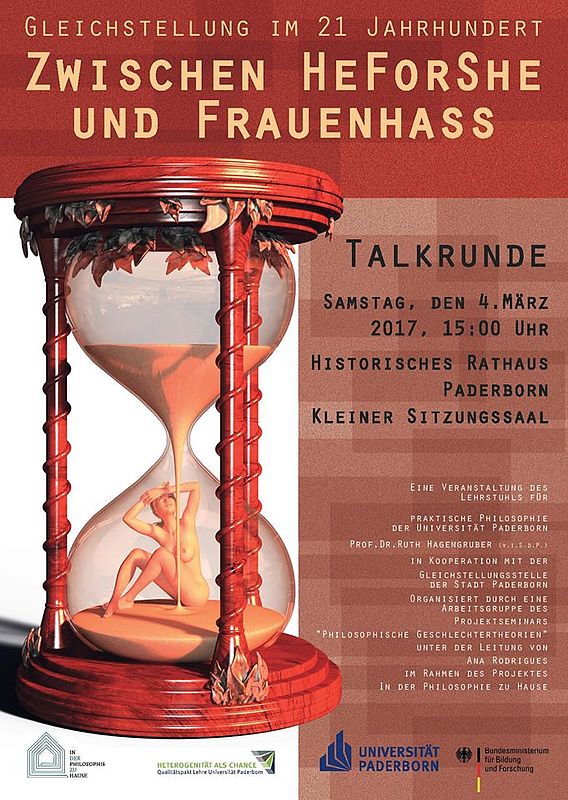