Conference | 8:00 AM - 6:00 PM | Paderborn University, Center for the History of Women Philosophers and Scientists

In her writings, Hannah Arendt strongly affirms the plurality of the world. From the very first moment, when she introduces the notion in The Human Condition, it becomes clear, that plurality is the cornerstone of condition humaine. For Arendt, plurality means that “men, not Man, live on the earth and inhabit the world”. This seemingly banal assumption affects her whole political theory considerably.

Plurality entails two aspects: equality and difference – we are all humans, but everyone is exceptional in her or his uniqueness. But as such, it not only enriches the world, but also becomes a source of significant challenges: acting together in spite of our differences, thinking as an inner dialogue with a particularly demanding dialogue partner, judging politically with respect to an ever-changing spectrum of possible standpoints are all challenging practices we confront in the common world.

This conference aims at exploring challenges posed by plurality, but also opportunities it offers. As an interdisciplinary endeavor, it opens up for different approaches to Arendt, inviting scholars from fields such as philosophy, politics, theology, media studies, sociology, gender studies, history, and others. It also prompts examination of interplay with other theorists (such as Agamben, Butler, Cavarero, Foucault, Habermas or Merlaeu-Ponty). We want to tackle currently relevant problems, such as migration politics and human rights, but also raise ever-present issues, such as the philosophical potential of the concept of plurality, possible foundations of normativity in our contingent world, or stimuli of political action.

The deadline for submissions has passed. 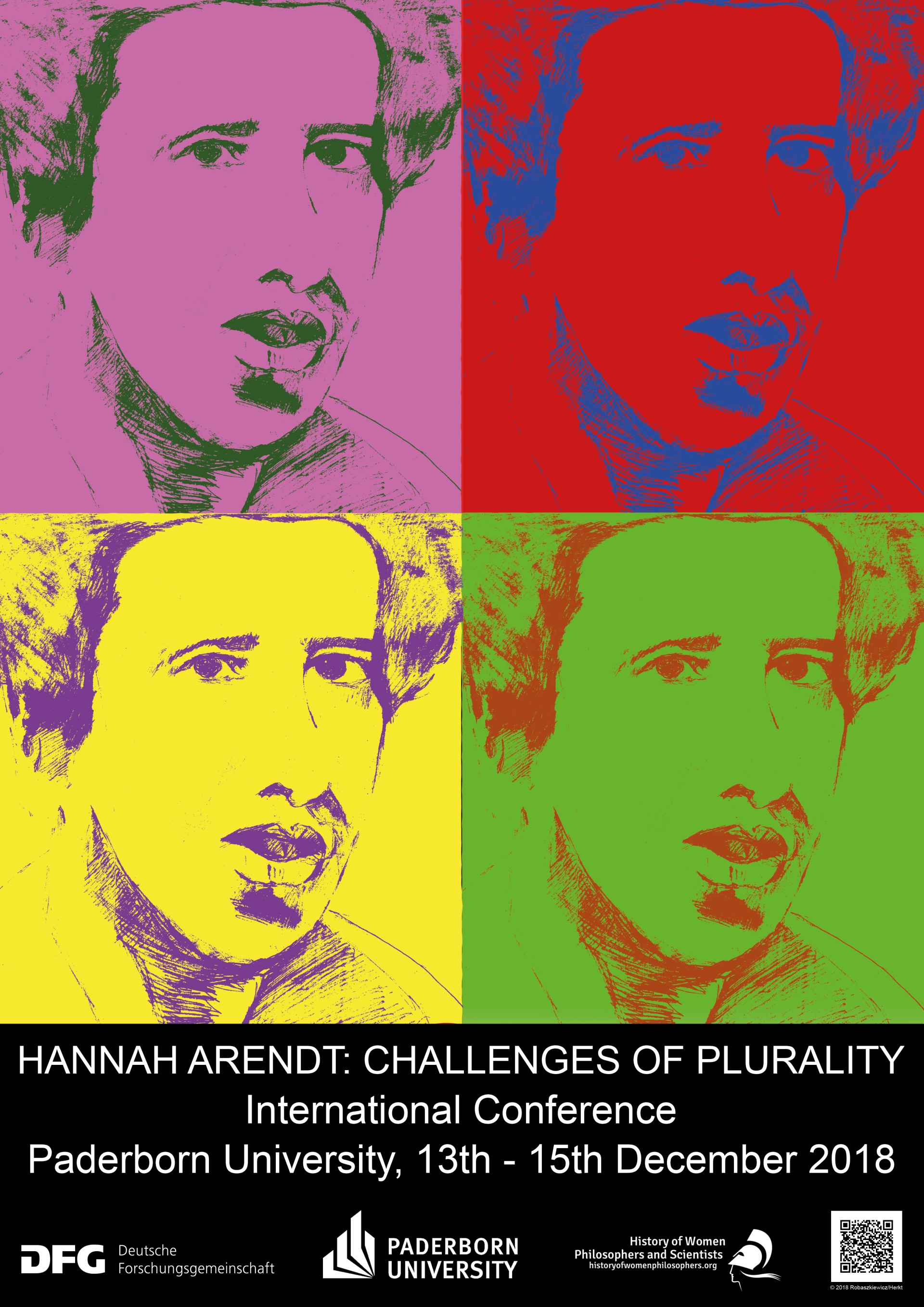 INSTITUTION
Paderborn University,
Center for the History of Women Philosophers and Scientists