Conference | 2:00 PM - 7:00 PM | Berlin-Brandenburg Academy of Sciences and Humanities/ Humboldt University, Center for the History of Women Philosophers and Scientists

The Center “History of Women Philosophers and Scientists” at the Human Sciences Department of the Paderborn University (Germany) invites to the Émilie Du Châtelet Section at the X. International Leibniz Congress in Hanover.
The French philosophe Émilie Du Châtelet has emerged in the last few decades as a prominent figure of the European Enlightenment. More recently, it has been widely perceived that the first half of the 18th century, roughly her lifetime (1706-1749), represents the decisive era in this period of intellectual history. Central ideas of Enlightenment thought were elaborated during these few decades and one of its most important contributors was Émilie Du Châtelet.
After her premature death 1749, she was first dismissed then perceived exclusively as natural philosopher. Lately, it has become more and more evident how broad the spectrum of her work is and which impact it had on consecutive thinkers. The contributions of an increasing number of researchers gives proof of that.
The Émilie Du Châtelet section at the X. International Leibniz Congress in Hanover aims to bring together European and American scholars, thus giving the Du Châtelet research community an opportunity to exchange about the upcoming fields of investigation. Furthermore, this event shall provide opportunities to intensify the cooperation between researchers hitherto working independently in order to amplify Du Châtelet research beyond established topics towards a systematic approach to her work. 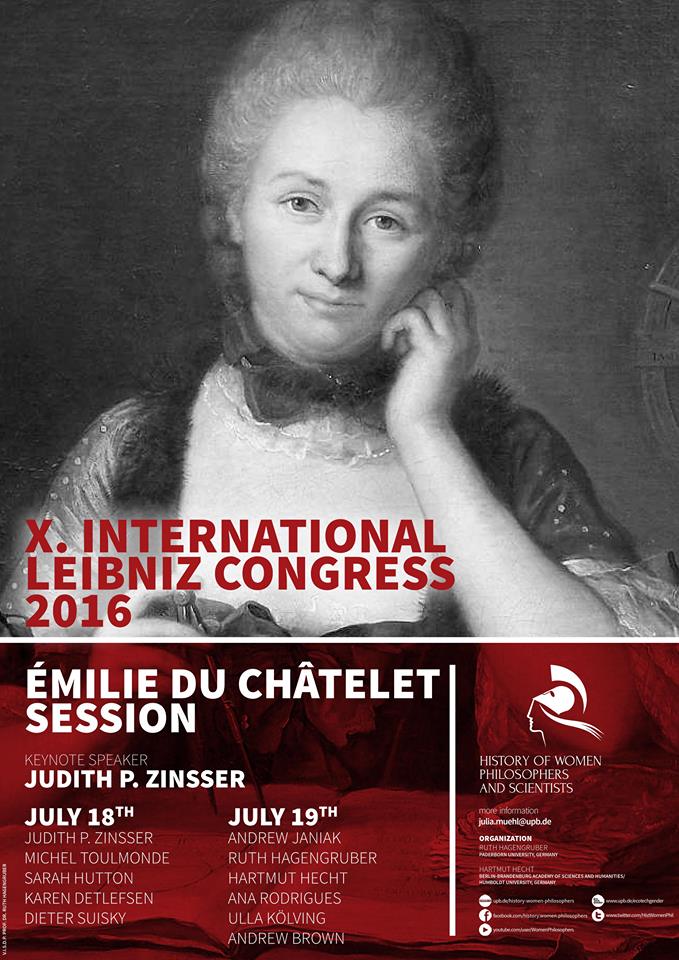 INSTITUTION
Berlin-Brandenburg Academy of Sciences and Humanities/ Humboldt University,
Center for the History of Women Philosophers and Scientists