which will take place in a hybrid mode at the Institute of Philosophy in Zagreb and online on 2nd and 3rd December 2022. 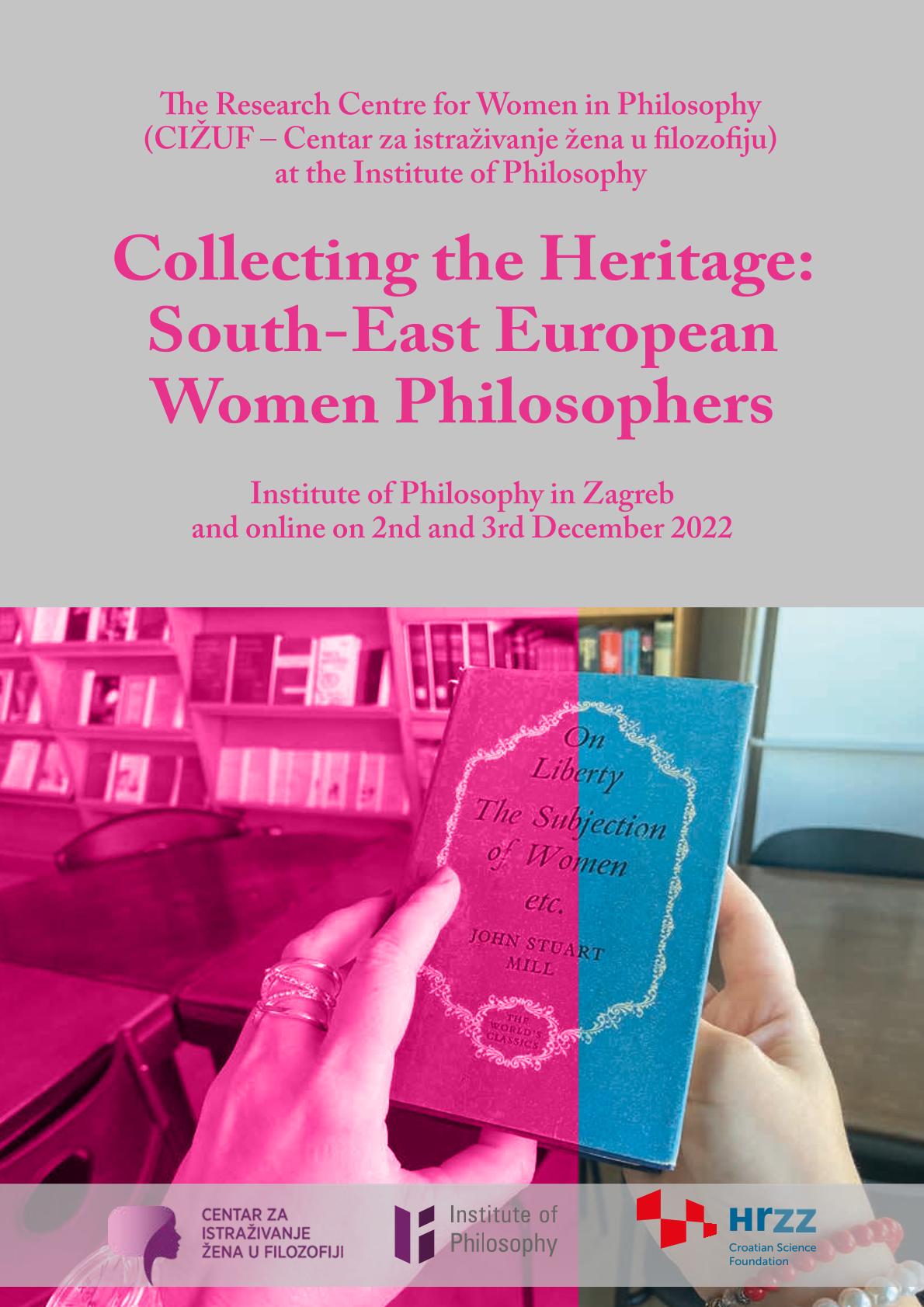 The region of South-East Europe is problematic from many perspectives. It was the region in which the famous Theodosian border cut the oikoumene in two parts which resulted in two different historical and cultural developments: Western Europe and Eastern Europe. The region is marked by a variety of perspectives and historical tensions: the Christian Europe vs. the Ottoman Empire, the Catholic “West” vs. the Orthodox “East”, communism vs. transition to capitalism, the 19 th -century desire to unite vs. the late 20 th -century desire to split, life at the border vs. the magnetism of the center, periphery of the cultural world vs. authentic and independent cultural identity, shame vs. comes The list could go on.

Due to linguistic barriers, ie the Western lack of interest in getting acquainted with texts in “different” languages, works of many women philosophers of the region are still not known to the rest of the world. In order to change that, we encourage to contribute to the with some of the following topics:

This invitation is also a call for papers for a special issue that aims at collecting articles that will popularize women philosophers of South-East Europe. Selected texts will be published in the Journal of the History of Women Philosophers and Scientists (BRILL), Volume 2, Issue 1 (2023) with guest editors Luka Boršić and Ivana Skuhala Karasman.

Please find the whole program of the conference here.