Women in the History of Science, Philosophy and Literature

The International Commission on Science and Literature DHST/IUHPST, the Commission on Women and Gender Studies DHST/IUHPST, the Center for the History of Women Philosophers and Scientists, Paderborn University, the School of Humanities of the Hellenic Open University, the Institute of Historical Research/National Hellenic Research Foundation, and the Department of History and Philosophy of Science, University of Athens organize a two-days’ workshop to study Women in the History of Science, Philosophy and Literature. The CoSciLit workshop is already an established part of the very prestigious “Hermoupolis Seminars” which have been organized for more than 30 years every July on Syros Island.

This workshop aims to rediscover and to re-evaluate the impact and role of women in the history of science, philosophy, and literature. In recent years there has been growing interest in the history of women’s contributions to science, philosophy, and literature which dates back to the very beginnings of these disciplines. Theano, Hypatia, Du Châtelet, Lovelace are only a small selection of prominent women philosophers and scientists throughout history. The conference offers an open forum for all scholars interested in this growing research field, thus bringing into the dialogue multiple perspectives and different disciplines in order to build communication and cooperation bridges between science, philosophy, and literature. We especially welcome contributions placing women at the forefront and confirming their role in the production of modern scientific, technical knowledge and its philosophical foundation.

We invite paper proposals including a title, an abstract of 300 words, name, and affiliation of the author, as well as contact information. The presentation time is 30 minutes with additional 10 minutes for discussion. The conference language is English.

Please submit your proposal via email (ruth.hagengruber@upb.de; gvlahakis@yahoo.com) by March 31, 2018. Response of acceptance will be given at the latest by April 30, 2018.

The venue of the workshop will be the “Historical Archives of the State” in the Town Hall of Hermoupolis. Hermoupolis was once the capital of Greece and a city of great cultural, scientific, and industrial heritage. Syros Island is very close to Piraeus by boat and an ideal place for a high quality, inexpensive summer visit.

For participants giving a paper there will be a modest fee of 50 Euros and for those who will attend without a paper a fee of 40 Euros to cover administrative expenses. There will be some hotels with reduced prices on offer for the participants but there are plenty of places, in Hermoupolis or close by, at very convenient prices.

Participants are asked to make their own arrangements concerning their arrival and accommodation, but the conference organizers will be happy to give any necessary assistance.

Coffee and refreshments will be offered.

Manolis Patiniotis, Department of History and Philosophy of Science, University of Athens, Greece

Ruth Hagengruber, Paderborn University, Director of the Center for the History of Women Philosophers and Scientists, Germany 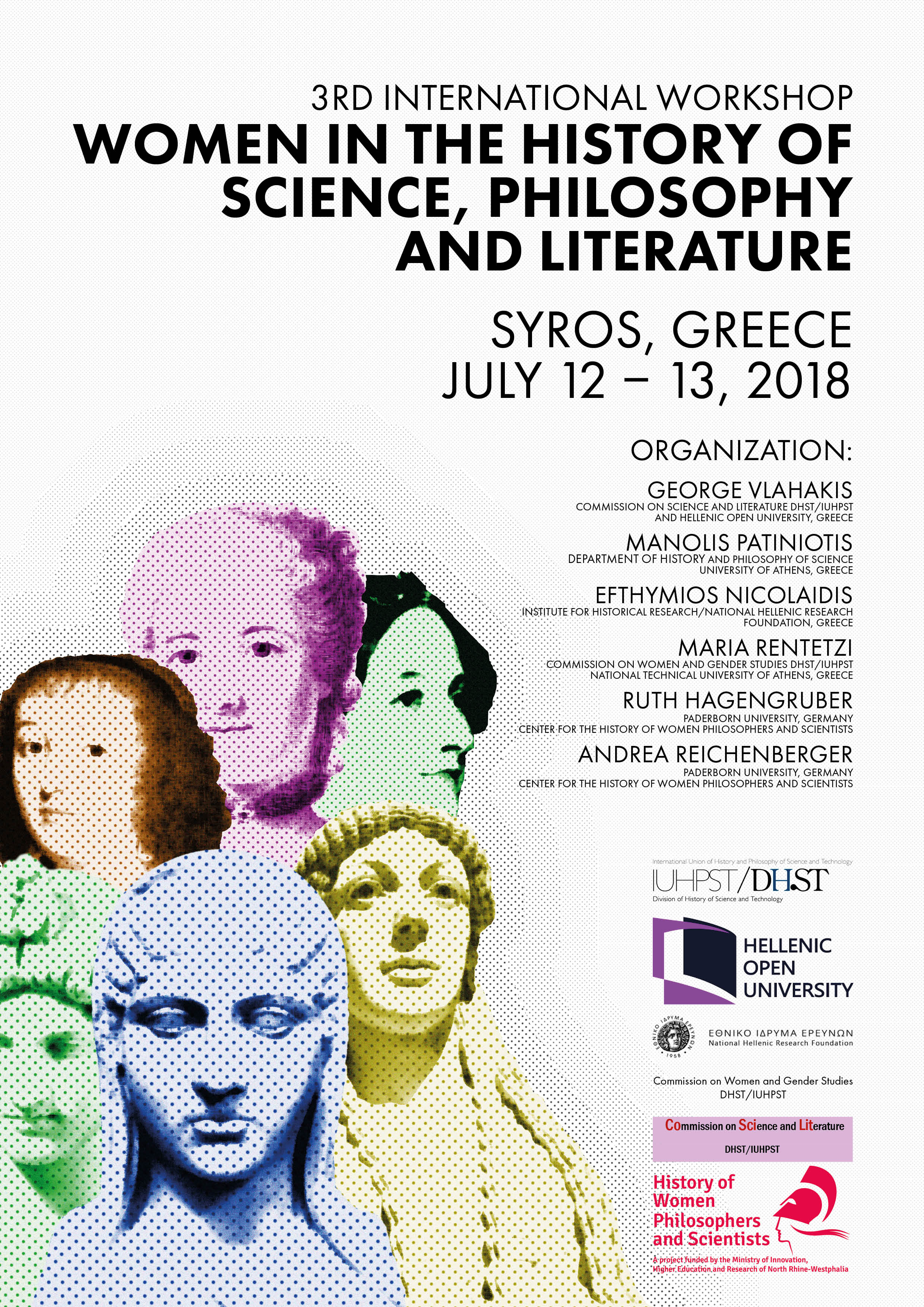